“It was a marvellous tale made moreso by the subtle acting and direction.” 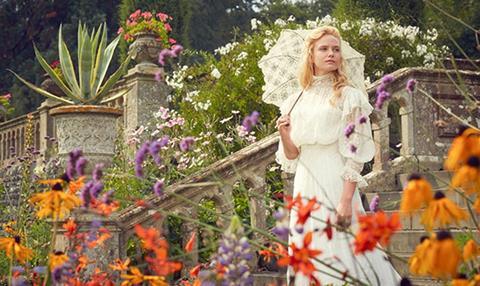 “It was a marvellous tale made moreso by the subtle acting and direction. Rather than rely too heavily on Hartley’s great prose, this was an adaptation that understood the true point of the craft, taking the spirit of a story and turning it into moving pictures.”
Matt Baylis, Daily Express

“Sensitively adapted by Adrian Hodges, it has the novel’s intensity, subtlety and complexity of character and theme. And its direction and satisfactory arc – it knows where it’s going and it’s a bloody good story.”
Sam Wollaston, The Guardian

“The Go-Between kept faith with LP Hartley’s devastating story of love denied. This was what creative fidelity is meant to look like. Intensified by Christian Henson’s swooning soundtrack, this was a deeply moving reverie about a life sacrificed not in the mud of Flanders but on the sun-baked lawns of Norfolk.”
Jasper Rees, The Telegraph

“The Go-Between wasn’t just an anthem to lost innocence, it was a fantasy of a picture-book England at the end of the Victorian era. It’s just the sort of place we want to visit on a Sunday evening.”
Christopher Stevens, Daily Mail

“It worked. It always works — but was this time travel back to 1971 actually necessary?”
Andrew Billen, The Times

“Downton is comfortingly pleasurable even during the substantial stretches when it is not very good. However, this season, the sixth, really does mark the passing of an era: the demise of Downton itself. How we have mocked, and how we shall miss it.”
Andrew Billen, The Times

“For a series set almost 100 years ago, the storylines were surprisingly relevant today.”
Amy Burns, The Independent

“In the kitchen the staff are knocking back the Veuve Clicquot. Lord and Lady Grantham are down there too, snaffling leftovers from the newfangled refrigerator. The world’s gone mad and upside down. Thank heaven there’s not much more of this.”
Sam Wollaston, The Guardian

“No instalment has quite measured up since the first series, and it looks like this will be no exception, providing an enjoyable if flawed finale to the convoluted tale of the Grantham family’s fortunes. All in all, this bodes well for an autumn of cosy, Sunday evening entertainment, even if it often feels more like farce than tour de force.”
Ceri Radford, The Telegraph

“Sex was looming large in Downton Abbey and a dreadfully embarrassing business it was, too. We just can’t talk about That Sort Of Thing without tying ourselves in knots. Quite right — without our British sense of shame, we’d be no better than the French.”
Christopher Stevens, Daily Mail

“Peter Capaldi is the grooviest Doctor yet. My goodness, the man can even play the rock guitar. While it is sad that Jenna Coleman, who plays his companion, the glamorous English teacher Clara, is leaving this season, Capaldi is all we really need. His performance is as complex, and as adult, as Steven Moffat’s scripts.”
Andrew Billen, The Times