“This was a curious final. Not just for the elephant the size of Paul Hollywood’s pay cheque that lurked in the tent, but for the oddly low-key tasks.” 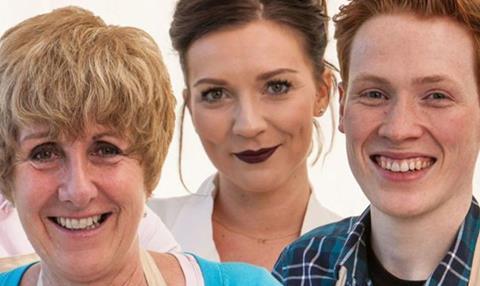 I’ll be honest, I haven’t always understood quite what all the fuss was about. A good formula, sure, well executed and cast (I’m mainly talking about the contestants). National treasure, though? Really?
Sam Wollaston, The Guardian

The final had a royal, patriotic theme, which felt a bit odd in these Brexity times, and the challenges were, sorry to say, a bit of a letdown.
Alice Jones, The i

This was a curious final. Not just for the elephant the size of Paul Hollywood’s pay cheque that lurked in the tent, but for the oddly low-key tasks.
Gabriel Tate, The Times

The Missing is well produced and stylishly constructed. However, the plot’s endless jumps in chronology and location were disorientating, like being lost in a maze where the walls were daubed with blood and children’s  drawings of frowny faces.
Michael Hogan, The Telegraph

The Missing has been making our heads spin. Now it is beginning to deliver on its promise that, by the end, we will understand everything. But we’ll have to concentrate.
Christopher Stevens, Daily Mail

As much as the celebrities added spice, the real stars here were the ordinary regulars - the “civilians”, as Liz Hurley calls us mere mortals.
Michael Hogan, The Telegraph