TV Critics: The Great Pottery Throw Down; The Secret Life of Four-Year-Olds; Catastrophe

“It’s primeval, primordial even, visceral, sensual. I could watch pot throwing all day… Well, some of the day, certainly.” 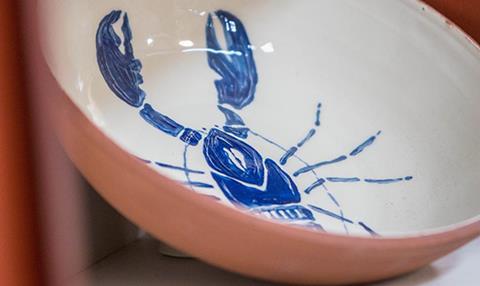 The Great Pottery Throw Down, BBC2

“The scope for innuendo alone suggests the BBC2 show has got what it takes to live up to the Bake Off hype. Deep cracks are applauded for their beauty, humps are thrown about and there is a whole challenge dedicated to the art of pulling. A familiar format makes for comforting viewing. The 10 amateur potters are all nice, normal people chosen to be as representative of Britain as possible. And viewers can adopt technical terms such as ‘wedging’ into their vocabulary, just as every Bake Off fan knows about ‘proving’. The Great Pottery Throw Down does not feel as polished as its predecessor yet, but it has all the right ingredients to become a breakout success.”
Daisy Wyatt, The Independent

“This one looks good so far. Well, a pot – like a picture – is about being looked at. I like pots – that helps – but there’s also something beautiful, mesmerising even, about watching one being created. From the kneading – sorry, wedging – and slapping of the cold clay, to centring it on the wheel and the comedy slippy-sloppy wobbling that goes with that, to the finger-shaping and the extraordinary birth of something symmetrical and beautiful out of the mud. It’s primeval, primordial even, visceral, sensual. I could watch pot throwing all day… Well, some of the day, certainly.”
Sam Wollaston, The Guardian

“After just 15 minutes my eyes were glazing over at the slavishness of the challenge-based format and the ever more tiresome efforts to convince us that the act of hand-forming wet clay was, somehow, akin to sex. This is a notion that has been beyond parody since Ghost was released back in 1990. Presenter Sara Cox attempted dutifully to jolly things along, but most of the time she seemed surplus to requirements.”
Gerard O’Donovan, The Telegraph

“It was cracked, it was half-baked and it was hollow. Indeed the whole idea of turning pot-making into a competitive sport was potty. The only ceramist pun I cannot use against The Great Pottery Throw Down is that it was not thrown together. As with its sister shows, Love Productions made the first of what will be six episodes with some care, although love, in regard to this act of blatant self-plagiarism, puts it too highly.”
Andrew Billen, The Times

The Secret Life of Four-Year-Olds, C4

“Overall, sadly this first episode didn’t live up to its pilot. There was scope for more adorable conversations and incidents, but instead it seemed more like a shouting match with whatever footage producers could get their hands on. The psychologists were on hand to analyse the children’s every move, but it was unclear exactly what they hoped to find out. Other than learning that girls aged four are linguistically five months ahead of boys, the documentary didn’t deliver what could have been a charming, educational insight into the lives of pre-school children.”
Daisy Wyatt, The Independent

“Basically, four-year-olds are horrid – needy, insecure, fickle, mean, sneaky, tribal, and motivated by self-interest and power. So, just like the rest of us, and just how they’ll be when they grow up, but because they are unburdened by social conventions, it’s all very much on display. Fortunately, they’re very funny, too – they say funny things and they’re cute. If they weren’t funny and cute, there would be very little point to them.”
Sam Wollaston, The Guardian

“Horgan and Delaney’s script was as dense with funny lines about male-female relationships as The Philadelphia Story. When Rob, bored by Sharon’s complaints, declared he had used up all his daily care units, she demanded he dig deep and scrounge something up for her. With advice like that available on free-to-air TV, whither the marriage guidance industry?”
Andrew Billen, The Times

“Alan Yentob’s art series Imagine turned the spotlight on Antony Gormley, delving into the artist’s personal life and practice. The documentary offered new understanding of the sculptor’s work for those who know him only as the creator of The Angel of the North in Gateshead. Gormley came across as a gentle, contemplative soul, who spoke eloquently about his intentions to make sculpture that ‘can touch us and liberate feelings we didn’t know we had’. The underlying message of his work, which forces us to question what it means to inhabit a human body, made all the more sense after Yentob delved into his past.”
Daisy Wyatt, The Independent