TV Critics: The Killing III; The Secret of Crickley Hall; Crossfire Hurricane; Him & Her; Storyville

“I can feel myself being sucked in, accelerating down into darkness. Resistance is futile.” Read on for the verdict on last night’s TV. 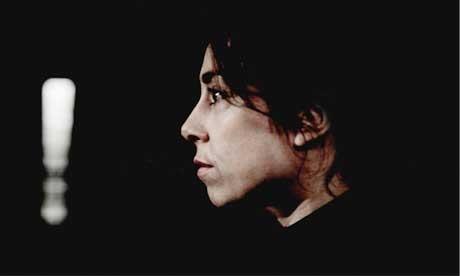 “Just as Coke returned to its classic recipe after an unhappy flirtation with novelty, The Killing III looks as if it’s falling over backwards to restore the formula that made series one so successful.”
Tom Sutcliffe, The Independent

“Like swimming on the edge of a whirlpool, I can feel myself being sucked in, accelerating down into darkness. Resistance is futile. Soon I’ll be lying awake at night, worrying about who committed a fictional crime in a country I’ve never been to but which is beginning to feel familiar, almost like a second home.”
Sam Wollaston, The Guardian

“No one mixes the political with the personal as effectively as Sveistrup. But there were letdowns too… More than ever, The Killing seems to rely on Lund. She is a fantastic character, but the first series interested us in very much more than her.”
Andrew Billen, The Times

The Secret of Crickley Hall, BBC1

“The Secret of Crickley Hall is so traditional a horror tale that even its title creaks… Douglas Henshall is genuinely creepy as Cribben but the rest may have you stifling giggles not screams”.
Tom Sutcliffe, The Independent

“I watched the James Herbert adaptation The Secret of Crickley Hall in the office, during the day, surrounded by other grownups. And I still got a bit creeped out by it, as well as being gripped.”
Sam Wollaston, The Guardian

“Just as some elements definitely belong in ghost stories, some elements definitely don’t. [Suranne] Jones, the terrified, constantly reacting centre of the piece, is one of these elements for me… Like those people who only ever play police officers, Mafiosi or 18th century innkeepers, Jones has a certain North-west-of-England, kitchen-sinky schtick that can’t be exorcised overnight. It wouldn’t matter, or it might matter a whole let less, if a lot wasn’t already being asked of us.”
Matt Baylis, Daily Express

“A rock documentary can be a dull thing – pompous blokes talking about the days they were less old, the good times, a load of names, Woody this, Chuck that … But not this one. It’s a cliche, but it does capture the spirit of the time (the 60s in this first part), more party than rockumentary. What a party, I just wish I was at it.”
Sam Wollaston, The Guardian

“Storyville: From the Sea to the Land Beyond: Britain’s Coast on Film, BBC4

“From the specially written soundtrack (fittingly executed by British Sea Power) to the clever juxtaposition of ancient and modern scenes, to the whole swaying tidal rhythm of the piece, this film marked a massive investment in time and expertise. How many viewers, though, were prepared to sit through this extended music video?”
Matt Baylis, Daily Express