“For a programme whose title sounds like a bad cookery show, there is much to chew on.” 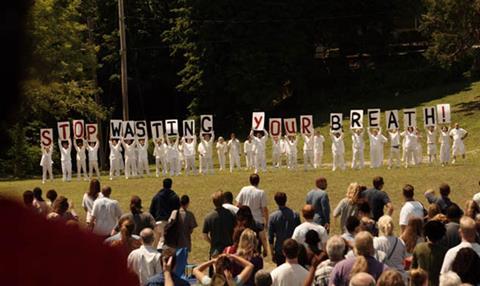 “The Leftovers is baffling. And possibly there won’t be answers to all the questions. It is also relentlessly bleak, there are an awful lot of characters, and it takes itself very seriously. There is a beauty about it too, though.”
Sam Wollaston, The Guardian

“The establishing scenes were intriguing, but the fog soon cleared and The Leftovers’ desire to shake and stir made way for quite a conventional all-American drama with a side order of supernatural. This had the feel of a more humdrum shaggy dog tale featuring a metaphor without a pay-off.”
Jasper Rees, The Telegraph

“Its best element is a cult, the Guilty Remnant, a silent order of chain-smokers dressed in white overalls, spectral nihilists. For a programme whose title sounds like a bad cookery show, there is much to chew on.”
Andrew Billen, The Times

“Laugh? I nearly did. It’s Glee without the songs, Skins without the snogs. Bad Education is so-so comedy, a puerile teenage rampage written by adults who should know better.”
Jasper Rees, The Telegraph

“A weaknesses in the sitcom is the underwritten role given to Sarah Solemani as Alfie’s stroppy-sensible girlfriend. Harry Enfield, playing Alfie’s dad and new deputy head teacher, also looked blurrily defined last night. Yet Whitehall’s dialogue can be sweet, even at its most transgressive.”
Andrew Billen, The Times

“The Motorway was a bit like a trek up the M1. Some bits flew by, others were so eye-wateringly boring that I was counting lampposts to pass the time.”
Christopher Stevens, Daily Mail

“The beauty of this programme lies in showing us the hidden life of something familiar to the point of dullness, the underside of what we drive over every day without regard.”
Matt Baylis, Daily Express