TV Critics: The Men Who Made Us Spend; From Scotland With Love

“Jacques Peretti so little believes in free will that I fully expect his next series to be called The Men Who Made Us Pick Our Noses”. 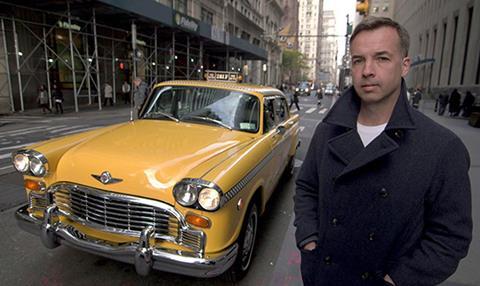 The Men Who Made Us Spend, BBC2

“Peretti isn’t a subtle filmmaker and the first episode of the three part series was chippy and polemical. That responsible adults might be capable of clear-headed decisions about their spending was a possibility he did not appear willing to countenance.”
Ed Power, The Telegraph

“The idea of built-in obsolescence comes as no surprise. But behind the apparent naivety of Jacques Peretti’s presenting style, BBC2’s The Men Who Made Us Spend (Saturday 9pm) contains some revelations.”
Martin Hoyle, Financial Times

“[Jacques Peretti] so little believes in free will that I fully expect his next series to be called The Men Who Made Us Pick Our Noses.”
Andrew Billen, The Times

A Century in Film: From Scotland With Love, BBC4

“From Scotland With Love tried hard to present an untypical view of the nation, eschewing the shaggy cattle and the skirted pipers for more workaday scenes…It was so unlike the Scotland we’d expected, however, that it might as well have been anywhere.”
Matt Baylis, Daily Express

“As the son of a Scot I should have loved [the documentary]. My mother would have hated, however, this sentimental, aggrieved homage to working-class Scottish grit, in which her fellow citizens were either toiling in mines, shipyards or fields, or gambolling about simple-mindedly at fairgrounds and on dance floors. Only for a few seconds was there any portrayal of Scottish creativity – represented by art students – and no acknowledgement of Scottish intellect.”
Andrew Billen, The Times

[Virginia] Heath’s film…if beautifully, falsified the past, making me feel nostalgic for places I’ve never been and for times that never quite existed as depicted – which is some kind of genius.
Stuart Jeffries, The Guardian