TV Critics: The Real Noah’s Ark; Doctor Who; Sunday Night at the Palladium; The Suspicions of Mr Whicher

“Just as things were getting really interesting, the programme-makers swerved from historical analysis into a version of Grand Designs.” 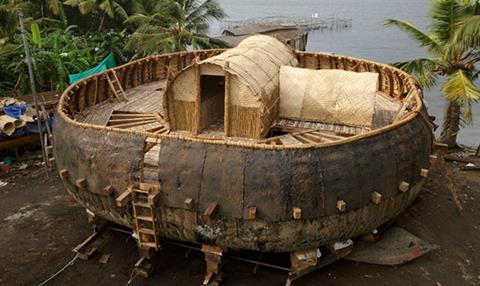 “It’s a lovely mishmash of archaeology, mythology, ancient history, religious studies and naval architecture, culminating in the launch of this strange-looking, circular vessel. Which immediately begins to take on water and sink. Maybe the bit about how to make it waterproof was on the part of the tablet that was damaged and illegible.”
Sam Wollaston, The Guardian

“Professor Irving Finkel was a delight on screen, whether donning hi-tech glasses to examine the tablet in large-scale 3D or describing with grim relish how Babylonians skinned their unfortunate Jewish captives alive. Just as things were getting really interesting, though, the programme-makers swerved from historical analysis into a version of Grand Designs.”
Sameer Rahim, The Telegraph

“The professor is huge fun to watch. It’s a pity the documentary was rather disjointed, with a team of boatbuilders constructing an Ark that looked like a gigantic tractor tyre, and then sailing away without any animals.”
Christopher Stevens, Daily Mail

“‘Listen’ is the most powerful episode of Doctor Who from Moffat to date. It was a moving piece of drama as well as a terrifying piece of Saturday night television.”
Ellen E Jones, The Independent

“This neck-pricklingly creepy story delivered so well that some grown-ups might have squeezed behind the soft furnishings too. It was the scariest episode involving a craggy Scotsman since Gordon Brown last tried to smile.”
Michael Hogan, The Telegraph

Sunday Night at the Palladium, ITV

“An entertaining, easy to watch mix, even if there was never any sense of the show coming wholly to life. Steven Mulhern did a good and very confident (if unsophisticated) job of holding it all together and the audience in the theatre looked like they were having a great time. Somehow, though, that sense of the thrill of live performance never found its way on to the screen.”
Gerard O’Donovan, The Telegraph

The Suspicions of Mr Whicher, ITV

“Paddy Considine is incapable of a dull performance and mined the material as best he could. But this has calcified from a gnarly curio into another of ITV’s nicely appointed, mildly diverting period police procedurals.”
Gabriel Tate, The Times