“The TV equivalent of a jaunt though a particularly well-manicured National Trust property in the company of an especially amiable, well-informed and quietly enthusiastic guide.” 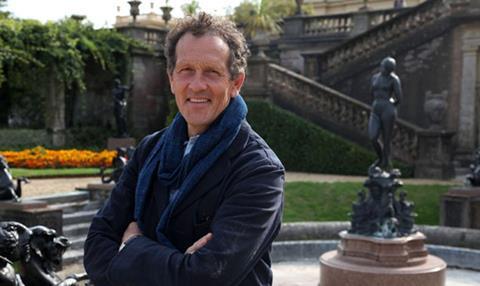 The Secret History of the British Garden, BBC2

“The Secret History of the British Garden is not quite going to fill the hole left by Downton but it offers something similar in terms of glorious views, pleasant company and an essence of pure Britishness. As all the best historians do, Mr Don uses a small, familiar thing to illustrate the big, the abstract and the unusual and does it very fruitfully.”
Matt Baylis, Daily Express

“Not so much a rigorous history, rather the TV equivalent of a jaunt though a particularly well-manicured National Trust property in the company of an especially amiable, well-informed and quietly enthusiastic guide.”
Gerard O’Donovan, The Telegraph

“Don was fascinating.I could have guessed that gardeners kept their topiary in check by, sure, clipping it, but I now know what a knot garden is — and I am not sure if I really did before.”
Andrew Billen, The Times

“It was an Instagram-worthy documentary – a perfect life, a perfect family, a perfect floating recording studio on the side of the Thames. The whole thing was mind-numbingly dull. This was nothing more than a narcissistic, self-indulgent promo-reel.”
Amy Burns, The Independent

“In the end, I wasn’t convinced that director Kieran Evans’s exquisitely shot film ever got wholly under the skin of David Gilmour, but it certainly served up an image of him as that rarest of beasts, a creatively contented man.”
Gerard O’Donovan, The Telegraph

“As I his wife and collaborator, the novelist Polly Samson, said, he is a man who communicates through music more than through words. That, in turn, made 70-odd minutes of interviewing the bloke hard work for little reward.”
Matt Baylis, Daily Express

“It’s hard to find anything not to like about The Hunt. The first one was a little unfocused but since then, when it has been concentrating on particular environments, it has been more meaningful and enlightening. Beautiful to look at, as you’d expect. Incredibly thrilling, too.”
Sam Wollaston, The Guardian