“Even if you don’t totally believe this happy-families journey, Three Day Nanny does have some good advice and tips.” 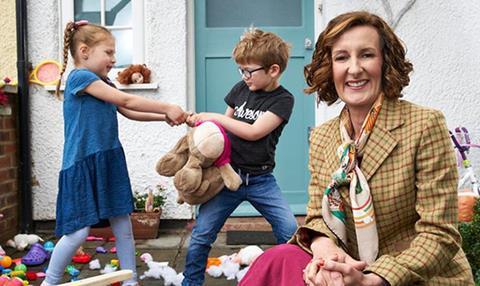 “Many a childcare programme takes a certain delight in its little monsters, showcasing the worst behavior as a form of entertainment and ‘thank-God-mine-aren’t-that-bad’ satisfaction. Personally, I’m not convinced any problem can be ironed out in three days but it’s good to see expert telly that doesn’t exploit.”
Matt Baylis, Daily Express

“In a perfect world, the state would have legions of Meweses ready to parachute into unquiet homes, Mary Poppins-style. In this one, we have television shows from which no parent should be too proud to learn.”
Andrew Billen, The Times

“Even if you don’t totally believe this happy-families journey, Three Day Nanny does have some good advice and tips. About allowing kids space and freedom – that makes a lot of sense. And I’ll definitely be adopting her firm ‘You choose: give it back, or bedroom’”
Sam Wollaston, The Guardian

“This was efficient, formulaic TV: present problem, solve problem, happy ending, roll credits. Yet it also felt dated – and not just because of Mewes’s Norland trappings (tweed blazer, neck scarf, evacuee suitcase, prim manners). This series belongs to a bygone era of trouble-shooting factual shows: Mary Queen of Shops, Ramsay’s Kitchen Nightmares and Supernanny, of which this is a wan imitation.”
Michael Hogan, The Telegraph

Masters of the Pacific Coast, BBC4

“Cooper’s fascinating story didn’t just differ in the outcome but in its tone. Unlike many a careful, po-faced snapshot of a tribe, this one was frank about the violence and the cruelty of the Pacific north-western culture.”
Matt Baylis, Daily Express

“This was not Cooper at his most lively. He canoed a bit, caught some salmon, and was allowed nowhere near the chainsaw cutting through a mighty cedar. His tribal interviewees spoke in disappointingly bland American voices. I enjoyed their names, however, as faithfully captioned – 7IDANsuu and Hita-?a-?o in particular.”
Andrew Billen, The Times

“I’ve watched all three instalments so far this series and am averaging three cries per episode. I might need to take a week off Long Lost Family-viewing duties to replenish my electrolyte levels.”
Michael Hogan, The Telegraph