‘I like a drink’ he claimed, but Dr Javid’s idea of a fun night out was to have one glass of chardonnay, then blow into a breathalyser every 20 minutes. 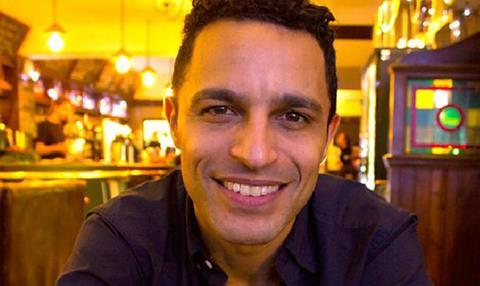 The Truth About Alcohol (BBC1)

“Dr Javid Abdelmoneim, who presented the show, did his mortal best to put us off drinking by making it look as unpleasant as possible. First he donned a plastic leg shackle, like a prisoner’s tag, to monitor the amount of alcohol he consumed. Most of us do that by counting how many drinks, but he had to do it by analysing his sweat. ‘I like a drink’ he claimed, but Dr Javid’s idea of a fun night out was to have one glass of chardonnay, then blow into a breathalyser every 20 minutes”.
Christopher Stevens, Daily Mail

“The Truth About Alcohol demonstrated last night that where booze is concerned, there are no miracles, no surprises, nothing really that you didn’t know already. A&E medic, Dr Javid Abdelmoneim sees the messy end of Britain’s boozing every day. This programme probably could have served a purpose in our schools, particularly around end-of-exam time. For everyone who ever threw and grew up however, it was an empty glass.”
Matt Baylis, Daily Express

“So no massive surprise here then. It’s pretty much as you were: booze is basically not good for you”.
Sam Wollaston, The Guardian

“No doubt, a big city safeguarding department that handles upwards of 50,000 reports of children at risk a year, will always be up against it.  But as the cases of little Keegan Downer and others cited here reminded us, any instance of a child being harmed as a result of the failings of social services is one too many.
Gerard O’Donovan, The Telegraph

“Channel 4 is to make a series of Jo Brand’s grim sitcom Damned, seen as a pilot two years ago. Brand whose mother was a social worker, said it would portray the tragic-comic lives of those in the profession. Were it not so utterly sad, last night’s Dispatches special might have been mistaken for its first episode. This investigation into Birmingham City Council’s children’s services, branded a “disgrace” in 2013 by Ofsted’s chief inspector and with a series of child deaths on its conscience certainly has moments from which Brand may take inspiration.
Andrew Billen, The Times

“Religion was obviously at the heart of things but so was Mr Khan, the softly spoken generalissimo of day to day affairs. At the end of the programmes you had a powerful sense of what faith can achieve.”
Matt Baylis, Daily Express

At Home with the British, Sky 1

“Dan Cruickshank…made the point that terraced houses were cleared in the sixties because planners had mistaken them for the problem, rather than post-war poverty. My only complaint was that in an hour Cruikshank never left Toxteth, making this more like The Secret History of our Streets than the definitive story of the terrace”.
Andrew Billen, The Times

“Once I’d got over the fact that The Catch isn’t about fishing, I quite enjoyed it. We meet Alice Vaughan foiling a handsome art thief who’s stealing what is supposed to be a priceless painting. Lip-gloss television, and I’m not feeling much need to stick with it”.
Sam Wolllaston, The Guardian

“Going Forward sounds as though the cast are making up their lines as they go along. They stumble over words, they repeat themselves, and sometimes they seem to be holding back splutters of laughter. The camera work is no more professional, with light flaring through every window and characters drifting in and out of shot. But underneath all that, there’s a tightly engineered plot pulsing away. Beset by money worries, the characters have backed themselves into a double disaster. Going Forward is that rare phenomenon, a show that’s much cleverer than it looks.”
Christopher Stevens, Daily Mail