TV Critics: The World's Best Diets; Girls Will Be Girls; The Leftovers

“What would infotainment be without a Ethiopian farmer challenged to a sweetcorn-pooing contest”? 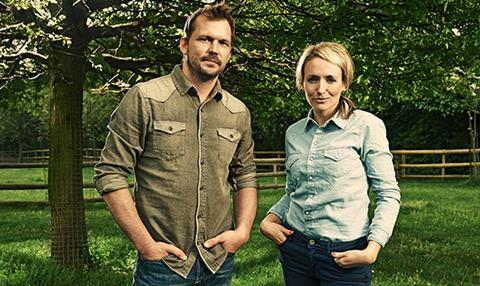 “What dispirited me more…was the presenters’ cultural commentary, which began to downgrade from merely banal to excruciating”.
Iona McLaren, The Telegraph

“What would infotainment be without a Ethiopian farmer challenged to a sweetcorn-pooing contest? Or a homoerotic, sauna-based interview with an Icelandic fitness champion? Boring, that’s what”.
Ellen E Jones, The Independent

“It was an erratic mix of serious health messages and slightly-too-silly ways to express them”.
Alex Hardy, The Times

“While making many sound points about over-consumption and abuse of resources, our hosts Jimmy Doherty and Kate Quilton consumed a hell of a lot of air miles jetting between Micronesia and Mexico, Iceland and Ethiopia”.
Matt Baylis, Daily Express

Girls Will Be Girls, BBC2

“This fine programme not only restored more women to the history of punk, it also recovered their wit”.
Iona McLaren, The Telegraph

“The Culture Show: Girls Will Be Girls, a documentary about women in punk, should be required viewing for all little girls at nursery school”.
Ellen E Jones, The Independent

“Here’s hoping for a follow-up, in which Chrissie Hynde and the Raincoats mentor Miley Cyrus”.
Alex Hardy, The Times

“Alternately thrilling, depressing, puzzling and stuffed with occasional chunks of cheese, The Leftovers, (like most leftovers) leaves one guessing … and sometimes suffering”.
Alan Yuhas, The Guardian