“Forget Clarkson and co, this is the reason Amazon needs to be taken seriously as more than just people who send you stuff in oversized packaging.” 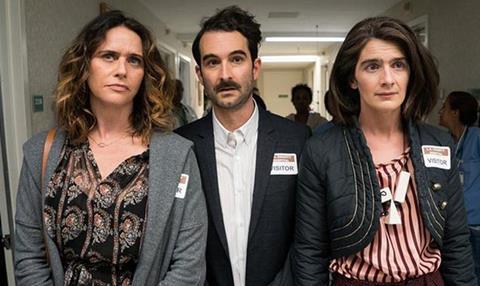 “If you haven’t seen seasons one and two, you need to; there is no better television around at the moment. Forget Clarkson and co, this is the reason Amazon needs to be taken seriously as more than just people who send you stuff in oversized packaging.”
Sam Wollaston, The Guardian

“Families, by their very nature, require a lot of patience, and Transparent is no different. Not every moment spent with the Pfeffermans is perfect, but the pay-off is always worth it in the end.”
Jane Mulkerrins, The Telegraph

“It was good to see a programme present an argument and treat its audience as if they were grown-up enough to follow it without jokes or CGI gimmickry.”
Matt Baylis, Daily Express

“Dr Tori Herridge was an engaging and informative guide, with the jolly manner of a brainy but popular head girl. And she resisted the common temptation in such documentaries to constantly remind the viewer what had just happened or flag up what was about to.”
Jeff Robson, The i

“Fleabag was wonderful, a minor masterpiece the less minor with every episode.”
Andrew Billen, The Times

“For addicts, this was a glorious binge. For more casual viewers, the people who don’t really get hooked until the later stages — that is, most of us, and definitely me — it was much too much of a good thing.”
Christopher Stevens, Daily Mail

“There’s something about magic, from the naff, cruise ship cabaret show to the self-conscious weirdness of David Blaine, that demands to have the mickey taken out of it and this three-hour selection of clips really pulled the rabbit out of the hat.”
Matt Baylis, Daily Express