“Godfather of the news he might have been but Trevor “The Mac” McDonald just hasn’t got the muscle for this one.” 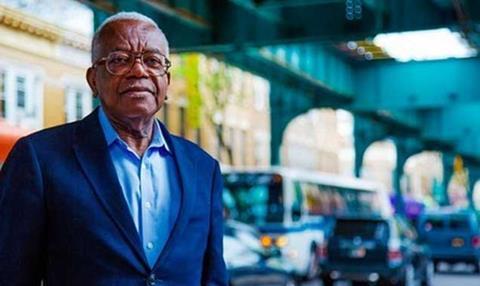 “It was something to hear all this direct from the mouths of real-life mobsters. How does Sir Trev get access to such high-ranking Mafia figures? It’s nothing to do with his finesse as an interviewer, that’s for sure. McDonald was just as reserved and incurious as in his other documentaries.”
Ellen E Jones, The Independent

“There was nothing especially surreal in the first part of his series, although it was strange to see how many former mobsters really looked like cast members of The Sopranos. A still-serving mobster, however, did agree to talk for a couple of minutes but shed no more light on the subject than you’d get from watching The Godfather movies. Godfather of the news he might have been but Trevor “The Mac” McDonald just hasn’t got the muscle for this one.”
Matt Baylis, Daily Express

“McDonald’s researchers certainly did a sterling job persuading the killers-turned-informers to speak on camera, and they all spoke well. The problem was that they challenged none of our preconceptions, and McDonald rarely challenged any of theirs.”
Andrew Billen, The Times

“The 75-year-old former newsreader has reinvented himself as a student of America’s extremes, and this investigation into the psychology of organised crime was superb.”
Christopher Stevens, Daily Mail

“There was more than a touch of the surreal to watching the hyper-courteous McDonald discussing the technical details of murder with a former Cosa Nostra enforcer in luminescent loungewear on the mean streets of New York. Beyond that, I’m not sure we learned much that we couldn’t have got more entertainingly from The Sopranos.”
Gerard O’Donovan, The Telegraph

“In The Mafia with Trevor McDonald, our impassive and scrupulously courteous reporter pitched his questions to some very frank retired mobsters. If nothing else, these interviews served to de-glamorise mob life, in particular the post-jail, post-betrayal side of it. These guys were all sad, friendless, fearful and, I think, terrifically bored.”
Tim Dowling, The Guardian

“This magnificent film told the whole story, from Blake’s beginnings, in a smart dockside house in Rotterdam. He let film-maker George Carey in, or rather he let him inside his house for a bit, but wasn’t giving anything away. As often happens with Carey’s films, you ended up abandoning any search for definites, and enjoying the anecdotes.”
Matt Baylis, Daily Express

“We were left with an intense, almost nostalgic wondering at what all that and febrile Cold War spy activity achieved in the long run. Not for the global powers but for Blake himself, whose refusal to talk about present day Russia and Vladimir Putin in particular, betrayed a keener sense of disillusion than words ever could.”
Gerard O’Donovan, The Telegraph

“At the tale’s heart lay the question of betrayal, and of whom. Certainly not his country. When, aged 92 and blind, he was cornered by Carey last year he was affable, if understandably reluctant to badmouth the great betrayer Putin. The film-maker’s faint suggestion that somehow Blake had been punished by his blindness and was now “trapped in a beautiful back water he can no longer see” was pushing it, however.”
Andrew Billen, The Times

“This uplifting documentary not only subverted the stereotypes about crazed fans, it also showed the restorative power of entertainment. A programme about fans could have reinforced our worst fears about “anorak” culture”. Instead, thanks to Felton’s willingness to pitch in, and the fans themselves, it was a joy.”
Kat Brown, The Telegraph

“The most compelling documentary of the evening was not the one presented by a knighted legend of broadcasting, but the one presented by a man best known as Draco Malfoy in the Harry Potter films. Felton had useful chats on the subject with his on-screen nemesis Daniel Radcliffe and author JK Rowling, but it was his brave visits to the homes of the fans themselves that yielded the most insights.”
Ellen E Jones, The Independent

“Felton made a good guide to the upsides and downsides of having fans. On the one hand, he is stopped for selfies everywhere he goes; he must have to factor it into his schedule. On the other hand, no superfan is going to turn down a chance to be interviewed by Draco Malfoy.”
Tim Dowling, The Guardian