The documentary urgently needed insights from someone who hadn’t been brainwashed by sex industry professionals all their life.” 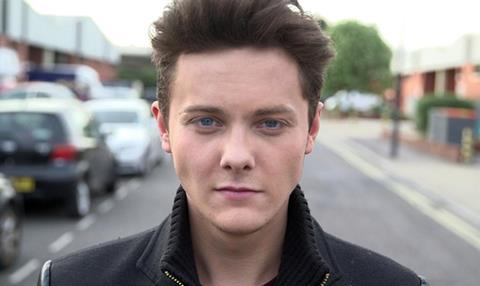 “Tyger Drew-Honey was saddled with a terrible script, laboured jokes and somebody’s great idea to intersperse the whole thing with innumerable allegedly-comic sketches that permeated the whole thing with an air of immaturity and embarrassment.”
Lucy Mangan, The Guardian

“His funny to-camera bits seemed out of keeping and I wondered if we needed to see quite so much of Brooklyn and the pole dancer he hired. As a warning, however, and as a companion piece to Kirsty Wark’s Blurred Lines documentary last week, it was necessary parental viewing.”
Andrew Billen, The Times

“You expected the film to follow the all-but-mandatory TV route of dividing the real-life cast into heroes and villains, throwing out nuance and painting everything in deepest black and brightest white. Instead it did that rare and wonderful thing, remaining restrained and respectful of both their subjects and their viewers.”
Lucy Mangan, The Guardian

“Instead of documenting a ‘fifty year fight’, as the title insisted, the bulk of the film replayed the decades-old wrangling between Distillers, who distributed the drug in Britain, and David Mason, one of the parents. It did so engrossingly and movingly, but it left too little time to explore the lives of those affected over the last 25 years.”
Tom Rowley, The Telegraph

“The programme is as dull as a Buck House tea party. It is not just that the hanging designs and sweetcorn chutneys are hard to get excited by, that the blackfly infestation last night lacked jeopardy and that floral foam abuse is yet to be made a criminal offence… It is that the gardeners are, to vary Greg Dyke’s phrase, hideously nice.”
Andrew Billen