“It is a trashy, extravagant romp that takes liberties with the actuality. It is also, undeniably, quite a lot of fun.” 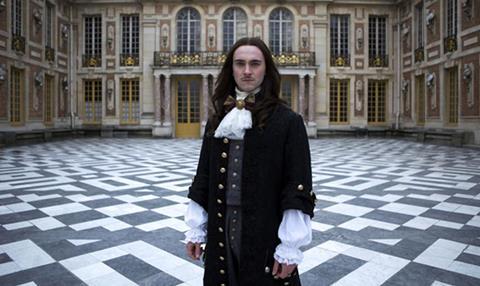 “If it’s nuance you’re after, depth of character, or meticulous authenticity, then you may be in the wrong place. It is a trashy, extravagant romp that takes liberties with the actuality. It is also, undeniably, quite a lot of fun.”
Sam Wollaston, The Guardian

“Like The Tudors, Versailles was neither smart enough to be serious nor dumb enough to be silly, and left a cast of unknowns flailing. Poor George Blagden did his best as Louis, but the Sun King’s legendary sex appeal, charisma and sense of authority got lost somewhere in La Manche.”
Gabriel Tate, The Times

“An all-you-can-eat buffet of everything a historical drama will ever need, but it’s lacking one ingredient – alas somewhat important – which is characters worth keeping your eyelids open for. The entire attention-seeking soufflé looks suitably splendid, as it should on a budget of £24 million. It just feels as if it could afford to be a little less portentous.”
Jasper Rees, The Telegraph

“Complete with the sort of soft-rock soundtrack you might hear tinnily coming out of speakers in a French DIY store, this retelling of Versailles is basically a series of people having sex in silly costumes. The odd viewer may say it’s naff, daft and so cheesy it’s actually enjoyable. I’d say there’s a massive difference between a ripe Camembert and one that’s mouldy.”
Matt Baylis, Daily Express

“The theme of the show was inspiring, if slightly exhausting to contemplate: never slow down, and you won’t seize up. This was a much more joyous and respectful show than Tuesday night’s Party Pensioners on C5, which made its elderly rappers and burlesque queens look rather pathetic. This bunch were far from pitiful.”
Christopher Stevens, Daily Mail

“Even though we learned nothing new, the nostalgia was comforting. And I bet every single viewer was secretly, irrationally hoping that Gareth Southgate’s penalty against Germany in the semi-finals could somehow go in this time.”
Christopher Stevens, Daily Mail

“This was the work of an intellectual bruiser whose stream of ideas barrelled along at such a rate as to dare you to disagree, and whose sense of mischief was never far from the surface.”
Andrew Billen, The Times