“I can’t believe this is the best drama being made in Australia right now.” Read on for the verdict on last night’s TV. 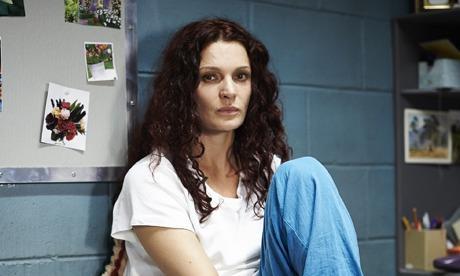 “A remake of Prisoner of Cell Block H, that’s what we got with Wentworth Prison. Just with more lesbians, more tattoos and more violence. And fewer sets that wobbled any time someone accidentally knocked into them. I can’t believe this is the best drama being made in Australia right now.”
John Crace, The Guardian

“It was unremittingly gritty, but also stylishly and grippingly filmed… The final showdown between Franky (Nicole da Silva) and Jacs (Kris McQuade), a young tattooed lesbian and a schoolmarmish matron, laced with malice as they fought over who would be top dog, was so compelling – and the cliffhanger so agonising – that it would be a crime to miss the next instalment.”
Iain Hollingshead, The Telegraph

“Wentworth is simply ropey, laying everything on too thick, from the constant throbbing Prison is Bad soundtrack to the bleak colour wash much of it seems filmed in. And where the sets to Prisoner: Cell Clock H were infamously wobbly, it’s the dialogue that creaks here.”
Ben Machell, The Times

“Fortunately Wentworth indulges in only a few in-jokes with fans, devoting the rest of its time to beefy, pacy drama… Whereas a lot of programmes turn a shooting or a beating into a grotesque painting, this series keeps it as grim as it is in reality. I’ve missed that kind of storytelling and I’m glad it’s back.”
Matt Baylis, Daily Express

Martin Luther King and the March on Washington, BBC2

“It was as well crafted as a speech by Martin Luther King – and an interesting insight into some of the lesser known characters who played a part in the run-up to his ‘I have a dream’ speech of 28 August, 1963… This was a highly watchable documentary.”
Iain Hollingshead, The Telegraph

“The success of this documentary lay in its range of different voices. So often in TV archive footage the March on Washington is depicted as the Joan Baez, Bob Dylan and Martin Luther King show, yet here we heard not just from the ordinary people who attended but from the other black civil rights leaders involved in its organisation.”
John Crace, The Guardian

“Among the most gripping sequences in a supremely authoritative documentary were those that focused on logistics. Planes were chartered from LA, some carrying Hollywood’s leading lights. Thirteen special trains and a fleet of 972 buses came from New York City alone.”
Simon Usborne, The Independent

“MLK: The Assassination Tapes was primarily newsreel film, some of it previously unbroadcast, of the weeks and days leading up to the death of Martin Luther King in 1968… It made me wonder just how much difference the Civil Rights Act had made in the 1960s.”
John Crace, The Guardian

“The riveting MLK: the Assassination Tapes used archive footage, photographs and newsprint as it pieced together the story of King’s murder and legacy. What had started with a strike by black bin men in Memphis descended into violence. King appealed for calm on both sides. On 4 April, 1968, he was shot in the face – and the world reeled.”
Simon Usborne, The Independent

“There was something both hypnotic and chilling about it all: in full flight, the dummies seemed so much like real people, blossoming slowly through a windshield or gently contorting into gut-wrenching pirouettes. The clips of child-sized dummies being tested were, frankly, heartbreaking.”
Ben Machell, The Times