“The special effects are as expensive-looking as you might imagine, but it’s still the story that keeps you hooked.” 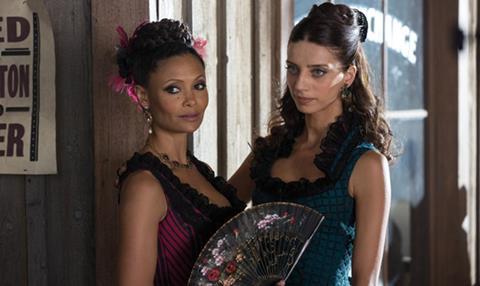 “I am happy to report that this Westworld addresses and overcomes all the reservations of my 10-year-old self: it’s a seamless marriage of western and dystopian sci-fi corporate thriller. The special effects are as expensive-looking as you might imagine, but it’s still the story that keeps you hooked.”
Tim Dowling, The Guardian

“Thanks to a deft script from showrunners Jonathan Nolan and Lisa Joy, any possible cliched pitfall is sidestepped. Instead we’re thrust into a complex, visionary world that is pleasingly in no rush to rapidly churn out its storyline.”
Catherine Gee, The Telegraph

“Michael Crichton’s 1973 Westworld was a rotten movie, violent, exploitative and simplistic. HBO’s Westworld is an impressive, expensive, thoughtful, if also violent and exploitative (it would not be HBO without naked bosoms), TV series.”
Andrew Billen, The Times

“The female characters serve no greater purpose than doting on their fathers, falling in love or sexually pleasing men in the whorehouse. My little patience for sci-fi was tested throughout, but I will allow the series some credit. Westworld is a visually complex world with an equally complex storyline. It is a challenge to keep up with, and that can only be a good thing.”
Daisy Wyatt, The i

“Amber Rudd spoke yesterday at the Conservative Party conference about ‘sustainable’ immigration and won applause. Having seen Robin Barnwell’s upsetting documentary The Forgotten Children I wish I could say that the 3,000 so far settled under the Vulnerable Persons Resettlement Scheme is a good start. I hope Rudd was watching.”
Andrew Billen, The Times

“The Forgotten Children will stick in the mind long after the end credits.”
Matt Baylis, Daily Express

“During the sequence about the lamb with the prolapsed rectum, I had to close my eyes and wait for the bleating to stop before I could open them again. The scenes of an alpaca’s breech birth, or a chinchilla being gelded, hardly made easy viewing either. Dougie the parrot who needed his beak trimmed was more my level.”
Christopher Stevens, Daily Mail