TV Critics: Who Do You Think You Are?; Last Secrets of 9/11; The Honourable Woman

“No one booms like Brian Blessed, and in real life he’s the fruity-voiced thesp exactly as advertised.” 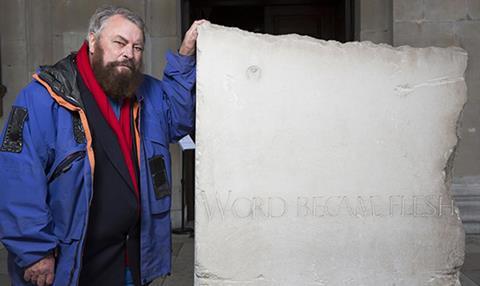 “The actor and explorer Brian Blessed is not a man who needs incidental music. The oldest man ever to reach the magnetic North Pole on foot, he shall have music wherever he goes, because he makes it himself. On the most entertaining Who Do You Think You Are? I have seen, albeit one with resoundingly little added historical value, the bearded man-mountain first took a trip from St Pancras railway station to his home town of Mexborough in South Yorkshire.”
Andrew Billen, The Times

“Let the impressionists try to do justice to his rambunctious good humour, no one booms like Blessed, and in real life he’s the fruity-voiced thesp exactly as advertised.”
Ellen E Jones, The Independent

“Blessed was the entertaining subject of Who Do You Think You Are?, a show that despite being 11 series in still has the power to captivate every now and again.”
Gerard O’Donovan, The Telegraph

“Last Secrets Of 9/11 (C5) revealed the minute thoroughness of the investigation, as scientists examined thousands of body fragments in search of 1,100 victims who remain untraced, 13 years after the terrorist attack.”
Christopher Stevens, Daily Mail

“The Last Secrets of 9/11 reminded us how for many families the pain of loss is intensified by having no remains to cherish.”
Matt Baylis, Daily Express

“Hugo Blick’s masterful drama The Honourable Woman takes the opposing view of humanity. Far from heroic, we are a species defined by betrayals, especially to our kin.”
Andrew Billen, The Times

“’Who do you trust?’ has been the question overhanging every episode of BBC Two’s thriller of espionage, politics and Palestinian-Israeli conflict THe Honourable Woman. And the answer echoing loudly back throughout has been ‘Nobody’. Least of all, perhaps, Hugo Blick – the author, director and producer of this series – whose chief ambition at time seems to be to stretch viewer credulity to breaking point.”
Terry Ramsey, The Telegraph