“Watching three people trying to board a commuter train will never be landmark television.” 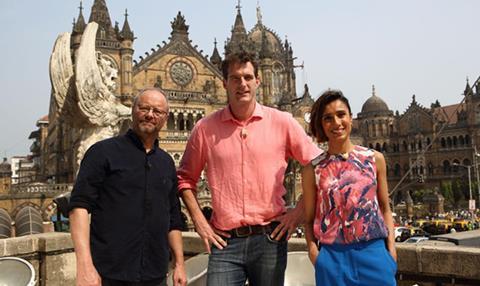 “It was both frenetic and faintly dull, bombarding the viewer with stats and information but rarely engaging: watching three people trying to board a commuter train will never be landmark television.”
Gabriel Tate, The Times

“Pukka stuff for an evening’s viewing. I’ll only be catching the other three if something goes wrong with my remote, though.”
Matt Baylis, Daily Express

“Only serious trainspotters will be able to last the whole journey, because much of the detail was too technical.”
Christopher Stevens, Daily Mail

“Marcus Plowright’s documentary was a canny mix of the gritty and the fabulous (drag neophyte Ibrahim’s public unveiling was pure joy). It followed in the fine traditions of Channel 4’s First Cut documentary series, allowing a fresh voice to tell an important, revealing and unfamiliar story about the modern world, warts, glitter and all.”
Gabriel Tate, The Times

“It could have been bleak, but this accomplished debut from first-time director Marcus Plowright, narrated by Ian McKellen, was everything a good documentary should be: powerful, often moving and expertly injecting the subject matter with a hefty dose of humour.”
Anita Singh, The Telegraph

“[Alistair Sooke] packed the lot into a single, 90-minute episode, when it would have been better broken into three parts. The last segment in particular, investigating China’s current pop art fad, deserved to be explored in much more depth.”
Christopher Stevens, Daily Mail

Inside Scientology and Escaping the Witnesses, Channel 5

“The show explored the darker side of life within a religious order. But it offered little real insight into either faith.”
Amy Burns, The Independent