“X Factor badly needs a makeover, as it’s all starting to feel very, very dated indeed.” Read on for the verdict on last night’s TV. 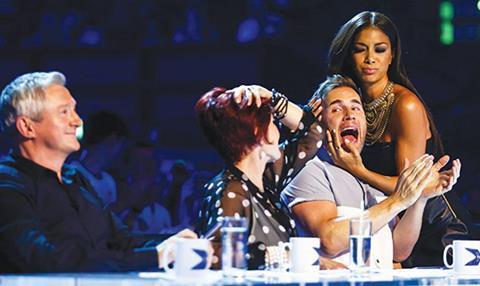 The X Factor: the Final, ITV

“Sam’s done well, and it seems wrong to begrudge her her victory when she delivered flawless performances every week, but X Factor badly needs a makeover, as it’s all starting to feel very, very dated indeed.”
Isabel Mohan, Telegraph

“Her parents first sent her to a therapist as a teenager, after they noticed her lack of empathy and penchant for cruel jokes. “I do feel a little bit like a misunderstood minority,” said Emmy. Indeed, and this entertainingly lurid documentary probably won’t have done much to help that.”
Ellen E Jones, Independent

“Nor am I totally convinced by it as television. When it was a competition, maybe, with sending-homes, tantrums and tears, losers and a winner. But that’s been taken away, leaving sewing as a spectator sport. And I’m not sure it is one. Bobbins, you could say.”
Sam Wollaston, The Guardian

“The film-makers were right to show us Mandela’s human side, the loneliness and self-reproach he felt in prison. But it is false to paint him as a lovable big softie. If this spirit of sentimentality keeps oozing out of reality shows and into the rest of television, we’ll soon have weather forecasters puffing out their cheeks with a twinkle in their eyes to warn of impending hurricanes.”
Christopher Stevens, Daily Mail

“Normally Brown leaves me patronised but amazed. This show half worked.”
Andrew Billen, The Times