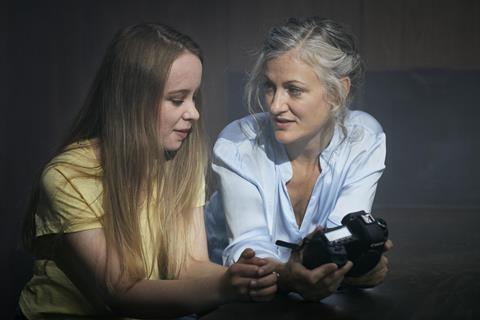 “Squeamish sex education teachers can breathe a sigh of relief. Show children this documentary and much of your work is done. I will certainly be showing it to both my son and daughter when they are old enough.”
Helen Brown, The Telegraph

“It’s not until you hear women talking candidly about their own bodies that you realise how little you know about your own, or how your friends feel about theirs.”
Lucy Mangan, The Guardian

“Taboo-busting this unquestionably was, however, in particular when the stories moved on to the more genuinely shocking reasons to have hang-ups. As women gave very brave accounts of cervical cancer or FGM, the film felt like a vital and powerful conversation, far beyond mere navel-gazing about having a “rose cupcake”.”
James Jackson, The Times

“There is an enormous sense of appreciation for how candid all of the interview subjects are, and an understanding that they do so because they have all realised, however recently, quite how essential it is that we have this conversation. It’s not a radical thing, to have a vagina, but Channel 4’s documentary does feel quietly revolutionary.”
Roisin O’Connor, The Independent

“As Noel Fielding and Sandi Toksvig on The Great British Bake Off have shown us, a middlebrow talent contest is greatly improved by having an actual comedian in the mix, rather than irksome presenters hamming their enthusiasm. So while you may have found The Great British Sewing Bee as anodyne as a Boden catalogue, the series seems to have found a new kind of pep and sparkle. Yes, topstitching can be amusing!”
James Jackson, The Times

“Mostly, when TV shows send a comedian on a voyage of discovery, we expect acerbic commentary and a reckless readiness to try anything. Billy Connolly set the template. But Martin is an actor, not a stand-up. He isn’t trying to be clever, world-weary, sarky or foul-mouthed.”
Christopher Stevens, Daily Mail