A Killing in Tiger Bay; Body in the Snow; Imagine; Wolfe

“The documentary does a masterly job of unpacking the story, and the influences at play, sketching individual backgrounds and setting the whole in its wider sociocultural context.” 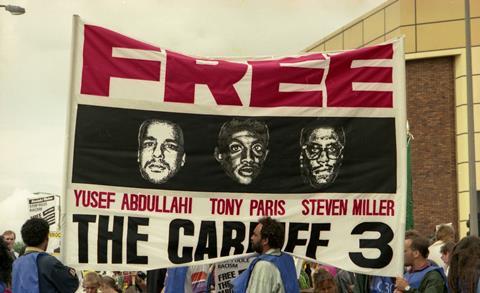 A Killing in Tiger Bay, BBC2

“The documentary does a masterly job of unpacking the story, and the influences at play, sketching individual backgrounds and setting the whole in its wider sociocultural context. The current fashion for true crime and miscarriage of justice documentaries has led to an increasing drop-off in quality, with more and more superficial, voyeuristic and exploitative entrants in the field. But A Killing in Tiger Bay reminds us what they can and should be – a means of remembering victims, giving voice to the voiceless, and a rigorous examination not just of what, but of how and why awful things occur.”
Lucy Mangan, The Guardian

“A Killing in Tiger Bay was a well-constructed, thorough and terrifying pathology of what can happen when the police are under pressure for a result and prejudiced against certain locals. The documentary built up the suspense well, amassing an impressive array of witnesses from the case 33 years ago, including three of the wrongly convicted men. It was a glimpse of how frightening it must be when the police have decided that you are guilty and there’s nothing you can do about it.”
Carol Midgley, The Times

“This was one of the better type of true-crime documentaries in that it afforded respect to the victim, rounding out the picture through the recollections of friends. Perhaps memories of being able to leave their doors open were rose-tinted, along with the descriptions of the arrested men as ‘characters’. But this was a worthwhile look at a deeply rotten investigation.”
Anita Singh, The Telegraph

“For the first half-hour of the opening episode (of two), it was a workman-like example of the genre, as plodding as the plods who talked us through their initial suspicions as 25-year-old landscape architect Joanna Yeates was reported missing from her Bristol home in the run-up to Christmas 2010. And then retired teacher and Joanna’s landlord, Christopher Jefferies, entered the picture – electrifying both the real-life case and this documentary.”
Gerard Gilbert, The i

“This was the first time we had heard from detectives involved in the 2010 case. But nothing the police had to say increased our understanding of the inquiry. All the details have been raked over repeatedly, not least in the 2014 drama starring Jason Watkins. Jefferies was interviewed and seemed archly amused by some of the proceedings, but added little to what’s been said before.”
Christopher Stevens, Daily Mail

“It is easy to mock Alan Yentob but he does make some good films. Imagine… Tom Stoppard: A Charmed Life was one of his very best.”
Anita Singh, The Telegraph

“Maybe it’s an arts circle thing, but Yentob does draw his subjects out well.”
Carol Midgley, The Times

“With his brisk, if slightly confused and at moments downright creepy new thriller, Wolfe, Paul Abbott, flings open his box of tricks and pulls out a bit of everything. But he harks back, in particular, to the golden era of police procedural dramas, which invariably featured caddish coppers with debonair one-syllable names and disastrous personal lives. The series has a lot going for it and you can only applaud a show which features a sequence in which a suspect goes on the rampage in a tiny forklift truck, as happens at the end of part one. But giving its hero ‘creepy ex’ vibes is a howler Wolfe never quite gets over.”
Ed Power, The Telegraph