“Documentaries like this can be have-your-cake-and-eat-it feasts of nostalgia. It is thrilling to remember the rush, but this is also an attempt to reassess the era.” 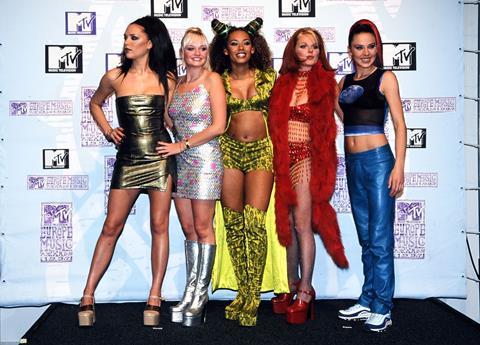 “What’s missing from this documentary is interviews with the Spice Girls today, especially given the ominous soundtrack playing throughout. Directors Rob Coldstream and Clare Cameron, who also made the documentary Jade: The Reality Star Who Changed Britain, feature music so worthy of a true-crime investigation that you wonder if you missed someone being murdered..”
The Telegraph, Kat Brown

“Documentaries like this can be have-your-cake-and-eat-it feasts of nostalgia. It is thrilling to remember the rush, but this is also an attempt to reassess the era.”
Rebecca Nicholson, The Guardian

“The gripping film celebrated the Spice Girls’ crash, bang, wallop impact on the British cultural landscape of the mid-90s. And it acknowledged the unchecked misogyny they were required to negotiate – an important corrective to the misplaced nostalgia for the era of Loaded magazine and “ladette” culture.”
Ed Power, The i

“Overall the programme was an intelligent bit of back-to-the-1990s nostalgia layered with dismay at the era’s laddism. There aren’t many faces that say 1990s TV pop show more than Jayne Middlemiss of The O-Zone; here she made you consider how the word “irony”, ubiquitous back then, was actually used by men to excuse any chauvinistic behaviour.”
James Jackson, The Times

“A cheaper documentary would have pounced on this relationship and spun it into hammy morality fable. Fate, Exclusion and Tragedy maintained a calm and steady pace. It added up to fascinating viewing and the absence of hyperbole made the experience all the richer.”
Ed Power, The i

“Hardy, who has fallen out of fashion in recent years, was a gloomy novelist and this account of his life made no attempt to lighten the mood. It was the sort of show you rarely see on mainstream television these days: a procession of serious, rather academic talking heads.”
Roland White, Daily Mail

“Thomas Hardy: Fate, Exclusion and Tragedy, which, not being pegged to some anniversary and having a loose thematic approach to his life, seemed a bit random. And unlike Ken Burns’s Hemingway, a series of muscular authority, it felt cut from a more delicate cloth, with near-ceaseless soft strings in the background.”
James Jackson, The Times