Look Away; Jamie Oliver: Together; Alma’s Not Normal 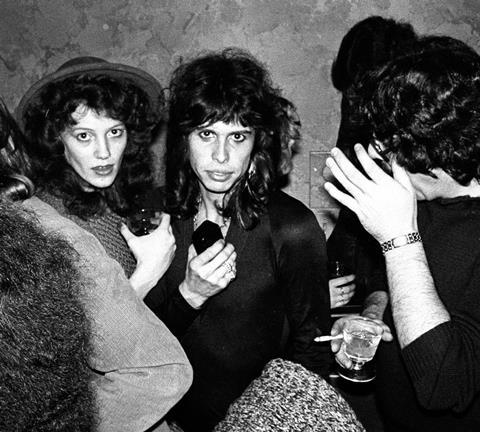 “It’s a good point well made and, fortunately, embedded in an intelligent film that does a fine job of avoiding prurience while describing a world in which terrible things happened without anyone really noticing or, if they did, caring.”
Lucy Mangan, The Guardian

“The film was not a detailed investigation, relying only on these testimonies; Tyler and Axl Rose (also named here) declined to comment. Other famous names, including David Bowie, were casually tossed in. But does anyone care enough to make this the music industry’s #MeToo moment? Or will it continue to be written off as rock star excess from a different era?”
Anita Singh, The Telegraph

“Some people find Jamie Oliver annoying. But he seems to me to be a force for good. He enthuses about ingredients and about the communal aspect of eating. And his recipes are straightforward; since his Naked Chef days, he has done a brilliant job of demystifying the process of cooking.”
Anita Singh, The Telegraph

“Fair play, Oliver is excellent at explaining his little tips and quirks simply. He’s “relatable”. Well, as relatable as a millionaire can be. I did wonder whether he was making a few Nigella double-entendres at times. “I’ve bashed up my biscuits,” he said; and “Make sure every bean gets tossed.” Well, I say! But I suspect wholesome Jamie couldn’t make a dirty joke to save his life.”
Carol Midgley, The Times

“What struck me most was how pedestrian the actual cookery seemed. Not that this was Jamie’s fault. It’s just that cookery fans are now so much more demanding: we are used to deadlines, pressure, cooks being booted off the show and all that stuff about soggy bottoms. Watching Jamie, I couldn’t help wondering whether conventional chefs have had their day.”
Roland White, Daily Mail

“A delight, and the joy is mainly in the details, from Alma’s desperate shrieking along to the Spice Girls in the local to her affirmations as she walks to her first appointment that she is a “sexy fish”. Alma might not be “normal”, but the world in which she lives, where jobs are few and mothers are in and out of psychiatric hospital, will be recognisable to many. It’s a portrait of the North we don’t often see on television – Willan adds no frills to Alma’s unglamorous Bolton, but it’s still a bright, joyful and ultimately hopeful place.”
Emily Baker, The i

“The show’s warm portrayal of working-class life is reminiscent of The Royle Family, its unruly hedonism recalls Shameless, while Willan’s writing has a Victoria Wood-esque turn of phrase. This is a world of discounted biscuits and daytime TV, where the epitome of luxury is a meat-and-potato special from Ye Olde Pastie Shoppe. Alma’s Not Normal might be rough around the edges but that’s part of its roguish charm. Everyone swears like a sailor and smokes with a relish rarely seen on-screen nowadays. There are scenes of sex and drug-taking which would give Mary Whitehouse pearl-clutching conniptions. This is Fleabag without the privilege, let alone the hot priests. It’s also another quietly brilliant, genre-bending, female-authored comedy in a year that’s been blessed with many.”
Michael Hogan,The Telegraph