“Watching Endeavour is like swaying in a soothing hammock of nostalgia” 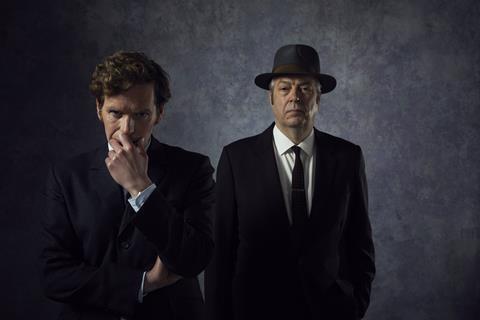 “The footballer stuff, with the star player from Northern Ireland enjoying womanising and drinking, felt like a faint homage to George Best, although the murder in the team bath was pretty silly. It doesn’t matter, though, because watching Endeavour is like swaying in a soothing hammock of nostalgia. It’s (almost) never two hours wasted.”
Carol Midgley, The Times

“Period detective dramas are ten-a-penny but Endeavour is a class apart, isn’t it? The acting, the character studies, the set design - it all adds up to an immensely satisfying whole. It is clearly made with great care and attention”
Anita Singh, The Telegraph

“I’ve realised why I find Vigil weak, despite its strong premise. It’s a thriller without thrills, a drama without any real sense of drama even though it takes place on a nuclear submarine with the Russians and Americans sniffing around. I don’t feel any real sense of suspense or connection with the characters.”
Carol Midgley, The Times

“Thanks to the performances, however (including Hubert Point-Du Jour as nurse Josh, a vital witness to botched operations), things remain compelling at an individual level. Scenes set in the operating theatres as catastrophes unfold are brilliant demonstrations of how power imbalances work and the terrible influence terrible personalities wield. Outside the theatre, the show does a fine job of tracing the trust vulnerable people are forced to place in those who purport to be able to help and cure them, and the mental as well as physical horrors that arise when that trust is violated.”
Lucy Mangan, The Guardian

“In its third outing, the series remains cringingly honest and engagingly heartfelt, with just the right amount of pathos and the occasional outrageous sight gag.”
Fiona Sturges,The Independent