“This glossy series makes compelling viewing – so compelling that you have to keep reminding yourself it is only telling one side of the story, that of Mia Farrow” 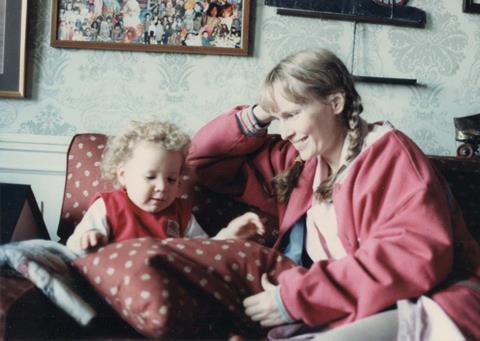 “As a piece of television it was bleakly watchable, making the royal family’s domestic problems look comparatively tame. The old footage of [Woody] Allen in the swimming pool with Dylan [Farrow], telling her to repeat what she said about some daddies looking “handsome” in their bathing suits and some looking “funny” can be read two ways: innocent banter or sinister portent. Either way, the images of Allen cuddling his daughter are being weaponised. Everyone will have an opinion, but only two people know the truth.”
Carol Midgley, The Times

“It is the Farrows’ show throughout. Dylan, [Ronan] Farrow and, above, all Mia [Farrow] lay out their version of events without any interruption other than footage of home videos, interior shots of the beautiful Connecticut home at which the ugliest of events is alleged to have happened and selected clips of Allen in chatshow interviews going back decades. Occasionally, we hear excerpts read out from his autobiography published last year, but it’s hard to feel that this constitutes a proper response given Allen declined to take part.”
Lucy Mangan, The Guardian

“Hearing the allegations directly from Dylan, Mia and other family members made them all the more shocking. But without input from Allen or those with countering evidence, this felt one-sided. Perhaps it is best to see Allen v Farrow not as a piece of hard-hitting investigative journalism, but as a space for a woman to share her pain and be heard without mitigation.”
Emily Baker, The i

“This glossy series makes compelling viewing – so compelling that you have to keep reminding yourself it is only telling one side of the story, that of Mia Farrow. A more accurate title would have been “Farrow and Friends”. Pointing this out does not put me in the Allen camp. It’s plain to anyone who has watched his films that the man appears fixated with teenage girls.”
Anita Singh, Telegraph

““Educational” television tends to be Kryptonite to kids, who will go out of their way to avoid learning anything when plonked in front of a screen. However, Waffles + Mochi doesn’t lay on the life lessons excessively and [Michelle] Obama is relaxed, and agreeably deadpan, in her interactions with her furry co-stars. It also raises the intriguing and disturbing question of whether Harry and Meghan’s Netflix empire, when it finally gets off the ground, might find room for a muppet show of its own.
Ed Power, Telegraph

World War Two From Above, Yesterday

“Military history is generally aimed at blokes who never tire of wartime newsreel clips and tours round bombed-out armaments factories. But this series has another appeal — fascinating aerial footage shot by high-definition drone cameras, giving a new perspective to the monolithic architecture of Nazi Germany.”
Christopher Stevens, Daily Mail

“The interviews revealed just how insular the community was, how far removed its laws and and how a serious investigation into historic child abuse allegations descended into vicious personal vendettas: one Senator telling another to slit his wrists during a particularly unpleasant exchange.”
Anita Singh, Telegraph