“Amid the often hilarious gags, Baptiste skewered the prejudices entrenched in institutions such as the BBC” 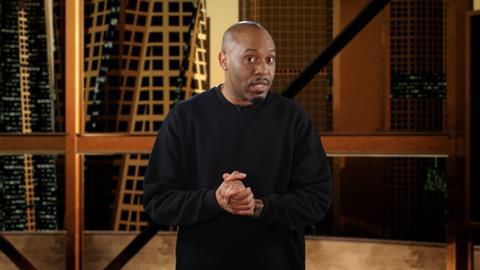 “This 30-minute one-off episode was certainly ambitious and never pulled its punches. Amid the often hilarious gags, Baptiste skewered the prejudices entrenched in institutions such as the BBC.”
Ed Power, The i

“Williams and Robinson are like Eric and Ernie, daffy and adorable, but with the kind of material that would make Morecambe and Wise’s writers reach for the smelling salts and Urban Dictionary. It has taken this show three years to hit British screens, which is a shame. But it’s worth catching up with, especially at the moments when funny, clever women such as Michelle Buteau stick it to The Man.”
Stuart Jeffries, The Guardian

New Lives In The Wild, C5

“This format often gives Ben Fogle the chance to conduct some serious psychological interviews. But Denni was far too guarded to give much away. Ben lacks the steeliness to cut open this sort of character. He’s great when people want to talk, because he’s so likeable. But he isn’t willing to ask difficult questions or make himself unwelcome, so we never learned why Denni needs to isolate himself from humanity.”
Christopher Stevens, Daily Mail

“All of today’s HD cameras are no match for Frank Hurley’s silent 1915-16 footage of Shackleton’s trip when it comes to evoking the doomed romance of Polar exploration. For a viewer, ensconced cosily in an armchair, the toe-freezing history of the Endurance was, even after so many retellings, completely gripping.”
James Jackson, The Times

Night Stalker: The Hunt for a Serial Killer, Netflix

“Night Stalker bears all the hallmarks of a modern true crime sensation – but makes for neither tasteful nor particularly compelling viewing. The whole documentary would perhaps have been better condensed into the length of a feature. Too much time is spent fixated on the bland factual minutiae of the investigation. Leave aside the sinister tone and genre cliches, and you’re left with not all that much: no exploration of evil, just a rote itinerising of it.”
Louis Chilton, The Independent