“This extraordinary oral history was horrifying but ultimately life-affirming. Devastating and dignified, it made for a fitting memorial.” 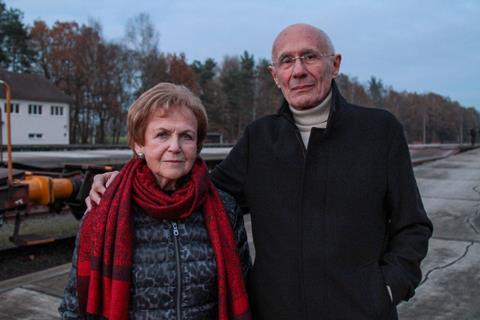 “Belsen: Our Story is difficult to watch, but as many people should watch it as possible. This is shamefully recent history, recent enough for some of those who lived through it to still be alive. We are privileged to be able to hear their accounts.”
Rebecca Nicholson, The Guardian

“Here was another film of the kind that exists less as a TV documentary than as oral history for generations ahead. With just a few dramatised moments (fortunately discreet enough that you barely noticed), the stories built an ominous, muted rhythm, and the mundane details could be as chilling as the more gruesome ones.”
James Jackson, The Times

“This was a haunting and vivid picture of life inside Bergen-Belsen. Director Tom Stubberfield told the story with careful restraint, combining harrowing archive footage with unflinching and intimate interviews, using narration only sparingly. Broadcast the evening after Holocaust Memorial Day, this extraordinary oral history was horrifying but ultimately life-affirming. Devastating and dignified, it made for a fitting memorial.”
Michael Hogan, The Telegraph

“Young, Sikh and Proud showed intolerance alive and kicking in Britain as the journalist Sunny Hundal investigated issues around faith, identity and belonging, within the sad context of his relationship with his brother, Jugraj Singh. Hundal’s regret becomes a valuable lesson to us all about the importance of seeking to understand each other simply through dialogue — it felt an apposite message.”
James Jackson, The Times

“The most powerful sequences were the most personal ones. Hundal tried to rationalise the conflict as representative of a wider struggle of ‘a young British community trying to find its feet’. What he really learned was that he couldn’t turn back time, and the realisation was painful.”
Adam Sweeting, The i

“Sir David Jason is never happier than when he’s tinkering with bits of machinery in his workshop, and it’s plain he’s presenting this history of national ingenuity out of love for the subject. His delight at each eccentric engineering breakthrough was unfeigned. Genuine enthusiasm from a presenter can make any subject interesting, and David was rubbing his hands with glee, like Del Boy spotting a gold-plated earner.”
Christopher Stevens, Daily Mail

“The aim seems to be to make dinner look and sound as revolting as possible. Heston Blumenthal pretends to be enchanted by every meal, but he’s evidently got his tastebuds sewn in backwards. Why anyone would want to eat congealed spaghetti bolognese, hemmed in by a palisade of lamb ribs, I have no idea. It looked like it had been exhumed.”
Christopher Stevens, Daily Mail