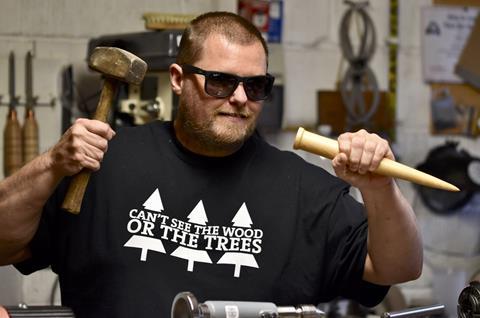 “It was clear that this wasn’t going to be a po-faced hour. I can’t explain why it culminated in a gloriously haphazard music video filmed as a Western, with a horse and cowboys and those prop bottles that smash on the back of your head in a saloon bar fight. But it looked fun.”
Anita Singh, The Telegraph

“As a travelogue, though, it is very funny, and I thoroughly enjoyed O’Leary and MacDonald’s bickering. For all of its ramshackle, self-deprecating humour, it offers an illuminating take on blindness and creativity, as well as a candid look at the psychological effects of being visually impaired.”
Rebecca Nicholson, The Guardian

“This should have been entertaining and informative, but the endless banter was exhausting. In places, it became unwatchable drivel. A stream of forced mateyness and disjointed quips left them unable to talk seriously about this difficult subject at any length.”
Christopher Stevens, Daily Mail

“It was hard to grasp the point of the western-themed video for a new song that brought Stoner and Capener together. Yet at the end, as O’Leary staged an art exhibition by the blind that lockdown kept away from the public (“The irony of people not being able to see a blind exhibition is not lost on me”), it made its point well that not only does life go on but that creativity does too.”
Dominic Maxwell, The Times

“Yet once again the crime was on a distractingly different register to the crime-fighter. It was actually rather moving when the true mastermind behind the kidnapping of a diamond dealer’s family confessed their guilt. Nasty men in balaclavas, though, blended uneasily with fantasy sequences, thwarted romance and gentle humour. The ingredients are good, but the recipe? Professor T remains a bit of a steak and ale blancmange.”
Dominic Maxwell, The Times

“All this would be amusing, if the stories didn’t keep lurching into graphic violence. Previously we’ve seen women attacked and raped. This time, a child was held at gunpoint, a woman was beaten to the floor and her husband was run down by a speeding car. Professor T can’t make up its mind whether it’s thrilling or silly, frothy or dark. The writers should take a long look at Ben Miller’s first foray into crime, Death In Paradise, for lessons on how to get the balance right.”
Christopher Stevens, Daily Mail