“Ignore Tarrant crowing about his ability to speak French ‘tres bon’, and this is an enlightening expedition through one of North Africa’s most fascinating countries.” 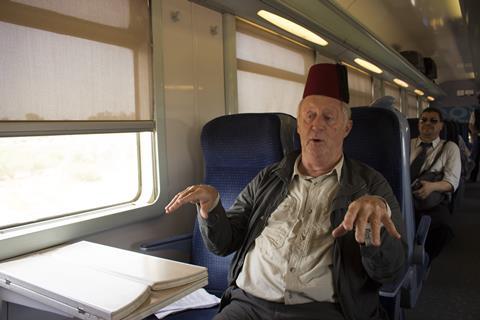 “As I sat down to watch it I was all fired up to get into some diatribe about the homogeneity of programming, about a lack of imagination in our channels’ output. Instead I felt I learnt rather a lot about a country’s past and its inspiring sense of optimism in its future.”
James Jackson, The Times

“On many of Mr Tarrant’s rail trips the extremes are extremes of dilapidation, dangerousness or sheer dirt. Morocco’s railways just looked extremely fit for the job, as did Tarrant, a train fan without becoming a train bore, and just a touch of everyone’s embarrassing dad on holiday.”
Matt Baylis, Daily Express

“He complains of the sweltering 40-degree heat while wearing a black jacket and dark, full-length trousers. But ignore Tarrant crowing about his ability to speak French ‘tres bon’, and this is an enlightening expedition through one of North Africa’s most fascinating countries.”
Daisy Wyatt, The i

“Tarrant is a kind of Rick Stein-lite, bumbling through environments, desperately trying not to imitate the accents of the people he’s talking to. But it’s not the doddery-ness of it all that jars. It’s the fact that, as a travel presenter, attempting to show viewers parts of the world that may be new to them, he’s so resolutely uncurious, so unwilling to see beyond what he already knows.”
Rebecca Nicholson, The Guardian

“Let’s face it, there is no more blokeish presenter than Tarrant. Spotting a man asleep in a fez hat, Tarrant swiped it and started doing Tommy Cooper impressions. Only a man could act like that. If you don’t believe me, try to imagine Professor Mary Beard behaving the same way.”
Christopher Stevens, Daily Mail

“Royalty-watchers requiring a refresher course on Harry’s love life may have enjoyed the breezy romp through the archives. But as portrait of a famous woman whose interior life remains strictly off limits this cut and paste job was a right royal letdown.”
Ed Power, The Telegraph