“A perfect way to unwind as Monday morning loomed and a vision of rail travel in Britain free from unexplained delays, blocked toilets and sardine-packed commuters.” 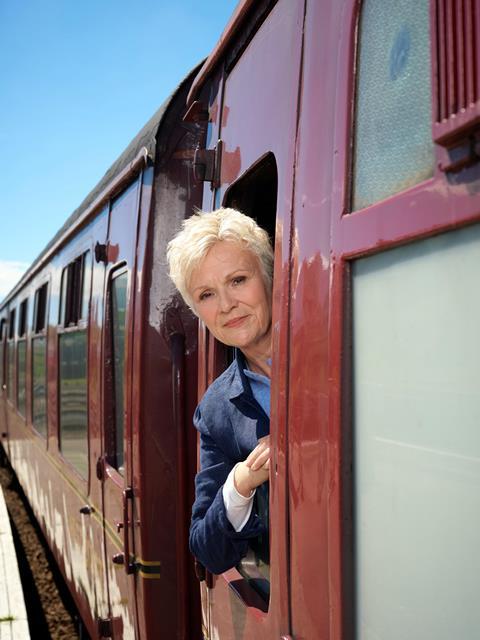 “Walters proved an engaging travelling companion, bringing a down-to-earth, self-deprecating tone to the proceedings and even gently taking the mickey out of the celebrity travelogue format. A perfect way to unwind as Monday morning loomed and a vision of rail travel in Britain free from unexplained delays, blocked toilets and sardine-packed commuters.”
Jeff Robson, The i

“You’d think Michael Portillo and Chris Tarrant’s eternal rail journeys would suggest that we have enough of this format filling the schedules, but someone at Channel 4 has taken the alternative view — people like it, let’s make more! The bright spark had a further brainwave: forget Paxman or Merton, let’s get a woman instead and, in a truly novel twist, someone unquestionably liked by everyone. That’s about as far as the USPs of the companionable Coastal Railways with Julie Walters go, unless you count the actress’s apparent determination to not go more than 20 seconds of babbling away without a jokey remark.”
James Jackson, The Times

“There are so many extraordinary moments and so much extraordinary filming in this episode. No one is going to be doing any work this morning – not because of cyber-frigging-Monday, but because they watch Blue Planet II the old fashioned way, when it goes out. And now they are going to be having the OMG-did-you-see-that conversations about mantis shrimps and pyjama sharks.”
Sam Wollaston, The Guardian

“Once again Blue Planet II was awash with wow factor in an episode devoted to the more vegetative areas of our oceans. The images of humpback whales filling their gullets with a hundred kilos of fish at every gulp were truly spectacular. Rarely have our seas seemed so full of wonder.”
Gerard O’Donovan, The Telegraph

“The one problem with Blue Planet II is that we don’t see enough of it. This isn’t a criticism. Every segment in the episode deserved its place. It’s just that every scene was over so fast. I could have spent a whole hour, for instance, watching the alien underwater ice-scapes that opened the programme.”
Christopher Stevens, Daily Mail

“The revelations alone made it a far more important profile than your average hagiography, but before those there were also entertaining, well-acted excerpts of the plays that helped us to get under the skin of them and their context.”
James Jackson, The Times

“It was all entertaining enough, and richly detailed. But there was little attempt to explore Orton’s character, beyond the familiar image of the rough boy of British theatre.”
Jeff Robson, The i