“With subject matter so bleak, there is so much trauma that I felt was simply never excoriated fully enough – our connection to the drama could have been much stronger” 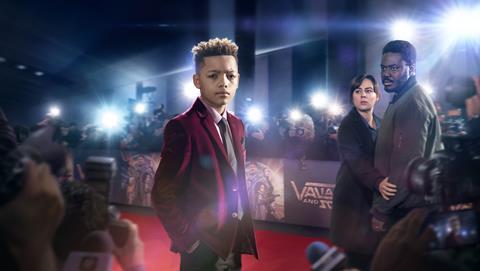 “It feels, so far, like too slight a piece. It is the simple horror of the idea – of the existence – of child abuse that does the heavy lifting, with the characters not yet fine-grained enough for us to feel their personal agony and loss. Also, the question of what we would do in their situation is too far removed from likelihood to be a compelling draw.”
Lucy Mangan, The Guardian

“Dark Money merges two hot-button anxieties into a single plot: the vulnerability of children to sexual predators in the entertainment industry, and the ability of Hollywood potentates to protect themselves behind NDAs. The script is not free of ding-donging ironies. But his story certainly merits it.”
Jasper Rees, The Telegraph

“There was much thoughtful writing here from Levi David on a subject horribly resonant. However, the best actor here was Max Fincham, showing maturity and nuance as Isaac, a child drowning in shame and trauma but trying to put a brave face on it.”
Carol Midgely, The Times

“With subject matter so bleak, there is so much trauma that I felt was simply never excoriated fully enough – our connection to the drama could have been much stronger. Still, if played unsubtly this is intriguing nonetheless, so I’ll keep watching every night until Thursday.”
Sarah Carson, The i

“Dark Money isn’t an emotional thriller that misses the mark. It’s just a stupid idea, made worse by some clumsy dialogue and characters who don’t behave like actual human beings. The only point in its favour is the plot rattled along so quickly we didn’t have time to dwell on how little sense it made.”
Christopher Stevens, Daily Mail

“If this gave a fuller picture of the history of the Mbendjeli people and the level to which their lifestyle remains unaffected by modernity, this might feel more educational, but it’s never quite clear. By its very existence, this is interesting stuff, but should have pushed harder in every direction to make it a truly valuable record. Instead, too often, I felt the audience was encouraged to gawp.”
Sarah Carson, The i

“At first, film-maker Livia Simoka showed us the rituals and primitive lifestyle we’ve learned to expect from anthropology documentaries. But gradually we discovered that one family was being torn apart by grief. In contrast to Dark Money, this was a nightmare any human could understand.”
Christopher Stevens, Daily Mail