“Diana and I was cheesy, mawkish and peppered with stereotypes. I really rather enjoyed it.” 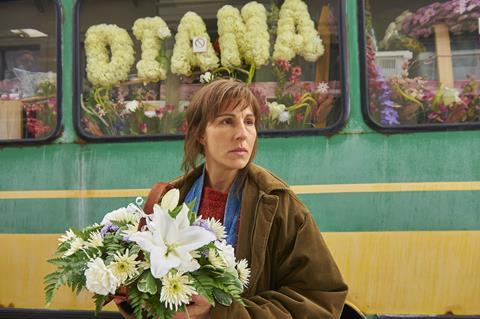 Diana and I, BBC2

“Diana and I was cheesy, mawkish, peppered with stereotypes and came after a week when we already had acid reflux from supersized portions of Diana gush. I really rather enjoyed it.”
Carol Midgley, The Times

“As so often with anthology formats, engaging as these stories were, none of them was entirely satisfying, starved of sufficient time to develop the depth and emotional force needed to convey full dramatic impact. Still, it was very watchable.”
Gerard O’Donovan, The Telegraph

“As a drama it is frustrating and unengaging, lacking cohesion and momentum, because of the way it jumps about from story to story to story. The result is that you do not really get to know, or become involved with any of the characters.”
Sam Wollaston, The Guardian

“This 90-minute one-off drama was a weighty shovel-load of maudlin sludge, heavy with its own significance. As if the national paroxysm of mourning in the days after Diana’s death was not dramatic enough, this fragmented ensemble piece also preached about arranged Muslim marriages and the agonies of coming out as gay in the Nineties.”
Christopher Stevens, Daily Mail

“Often it was so sorely on the nose, that it felt like being harried along by a wreath spelling out Queen of Hearts, insisting you accept that you, too, felt this way, and that we’re all somehow connected.”
Robert Epstein, The i

“It felt, in the end, like a play of two halves. One was brilliant, the other just stuck in because a quartet had been promised.”
Matt Baylis, Daily Express

“White Kid, Brown Kid was a cheering documentary because it showed that while there is much that people from different cultures living side by side don’t understand about each other, there is more that they have in common.”
Carol Midgley, The Times

“It felt a touch over-orchestrated, even manipulative, at first. But after the gloom brought on by witnessing how deep the rift seemed to be between these two Yorkshire communities, it was reassuring to see hope reignited by how little movement it actually took on both sides to find enough common ground for friendship.”
Gerard O’Donovan, The Telegraph

“White Kid, Brown Kid was a bold experiment in boundary crossing in the deeply segregated West Yorkshire town of Dewsbury. Who could say whether teenagers Farhana and Siobhan will really develop a friendship over time? If they don’t, it won’t necessarily be the culture clash that’s to blame. Being followed around by a film crew would put the mockers on most relationships.”
Matt Baylis, Daily Express

“You might not think that the schedules need a new quiz show; but this is a particularly pleasing one. Not just questions, general knowledge, look how much I know about everything … zzzz. This is trivia, plus; it requires a bit of wit, and imagination, even, certainly silliness.”
Sam Wollaston, The Guardian

“It’s all very gentle, and Osman, as quizmaster, is genial and charismatic. The victor gets to choose between a dartboard, pasta maker, cushion and dressing gown, but really, we’re all winners here.”
Robert Epstein, The i