“Every character feels like an android. The whole exercise is devoid of any humour whatsoever” 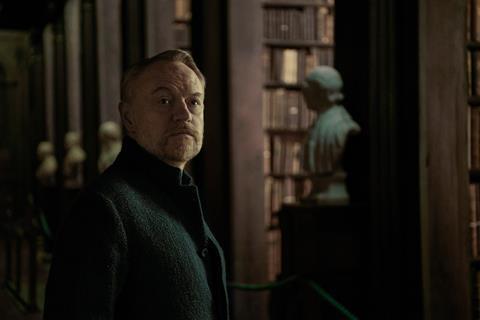 “It all looks great. Every penny of the budget is up on screen. But like many so many heavyweight adaptations, Foundation is definitely not light on its feet. It takes itself very seriously indeed and evidently feels that it has Much To Say at all times. The constant showcasing of this fact has a rather deadening effect. Everyone is earnest and burdened. Everyone stands for all things at all times. Happiness is fleeting. As a new sci-fi show, it would be fine. As a big-budget, flagship production for Apple it looks like a fine opportunity wasted.”
Lucy Mangan, The Guardian

“The danger with a universe this big and a budget we may assume to be similarly gargantuan, is that the simple storytelling stuff can easily get overlooked. Foundation, you hardly need telling, looks incredible. Yet there is a slight feeling that all of the astronomic prettification is a distraction from some narrative sinkholes. One of the best characters so far is an emotionless android called Demerzel (Laura Birn), but she only serves to highlight the series’ primary flaw, which is that every character feels like an android: the whole exercise is devoid of any humour whatsoever.”
Benji Wilson, The Telegraph

“From the Forest of Bowland to Kirkby Lonsdale and those lovely buffalo that, judging by their hard stares, did not share Prince Philip’s love for the Hairy Bikers, it was more of an eye feast for me than a gastro one. But it’s a nice, gentle show, now with the seal of royal approval. Expect to see that fact on the next box set.”
Carol Midgley, The Times

“Watching The Hairy Bikers is like being on somebody else’s holiday. You get great scenery, plenty of food and drink and some good stories. Just one small point. How do the bikers travel down all those small country lanes without once having to pull over for a tractor?”
Roland White, Daily Mail

“All Creatures is a programme that should really be dispensed on prescription because of the warm, cosy sense of serenity that it fosters. Samuel West has the hardest challenge playing Siegfried Farnon and he smashes it as if he were born to the role. This gentle nostalgia heals the soul.”
Carol Midgley, The Times

“This was a toe-wriggling treat of an hour which combined undemanding drama with slapstick comedy, ravishing Dales scenery and a little Latin for good measure. By rights, this superbly crafted, soothingly cosy series should air on BBC One. It cries out to alternate with Call the Midwife in the 8pm-on-Sundays slot. The Corporation inexplicably turned it down and it’s instead become a sizable hit for the increasingly canny Channel 5.”
Michael Hogan, The Telegraph