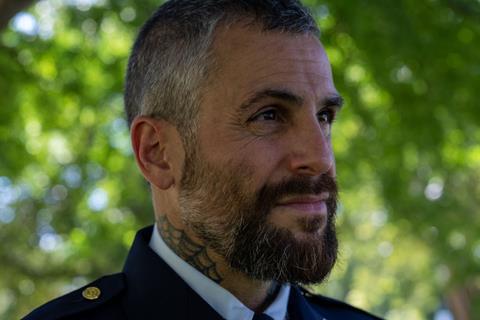 Four Hours at the Capitol, BBC2

“Trump, who lit a fire then ducked for cover, tried to claim protesters were laughing and joking with officers. This film showed that to be a lie. But despite all the horror and tragedy there were moments of unintentional humour.”
Carol Midgley, The Times

“The documentary passed lightly – too lightly, maybe – over the lack of preparation by Capitol and Metropolitan Police Department officials on the day, given the known combustibility of the situation and the hesitant response from the National Guard and others to pleas for reinforcement. However, overall there was a much-needed sense of the true human impact of what happened. From the outside, ruined by Hollywood spectacle as we all have been, perhaps it didn’t look that bad. Once we were taken inside – shown the mentality and mechanics of the crowd, and given the proper scale by which to judge – it was that bad, and worse.”
Lucy Mangan, The Guardian

“Four Hours at the Capitol showed just how false that narrative was, through the testimonies of officers who were there and from video taken at the scene. We had seen only a fraction of this on the news reports at the time, and in viral social media posts. The police, it was plain from this gripping, vivid documentary, were vastly outnumbered and afraid for their lives.”
Anita Singh, The Telegraph

“I would have liked to hear more, though, about the longer-term effects the attack is having, and how the conspiracy theories and divisions that fuelled it are manifesting now. If we’re really going to learn from it, we need to do more than just record what happened.”
Barbara Speed, The i

“This drama, which meditated on grief, won’t cheer you up, but it’s reliable, quality escapism.”
Carol Midgley, The Times

“Is there always this much going on in Shetland? Three-quarters of the way through the episode, I was exhausted. But what held my interest was Perez’s personal life. The series opened at his mother’s funeral; Perez has to cope with his own grief while dealing with his father, who is heartbroken by the loss of his wife but also showing signs of dementia. It was delicately handled, in scenes which had the ring of truth. Also realistic: a pathologist (Anne Kidd), who behaves like a normal human being rather than a quirky fictional character. This is a decent drama, but one that needs to thin out the storyline a bit.”
Anita Singh, Telegraph

”Unlike other long-running crime shows, Shetland has always striven to be low-key — not entirely plausible, but rarely ridiculous”
Christopher Stevens, Daily Mail

”That’s why we watch these shows, of course. No one is looking for inspiration for their own million-pound projects, but it’s fun to squash up on our very finite sofas and predict disaster … before being proved wrong, of course.”
Christopher Stevens, Daily Mail