Inside the Social Network; Yorkshire Airport; The Day We Walked on the Moon

“I was constantly reminded of the smile on the face of Orwell’s Big Brother.” 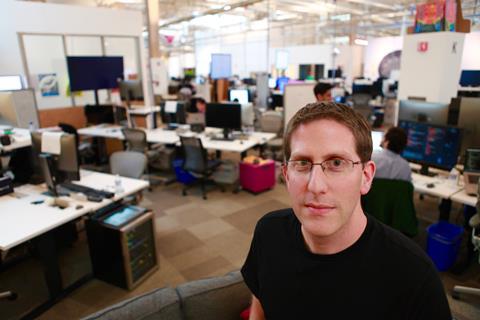 “By rolling over and waving its paws, Horizon abolished critical distance from the global techno-oligarchy with 3.1 billion users and pretensions to ensnare the rest of us. In a meta sense, that was fitting: murdering distance and importuning strangers with simulations of friendliness is Facebook’s MO.”
Stuart Jeffries, The Guardian

“There were promises to learn, to improve, to do better. Hands were wrung, cilices were tightened. The more they apologised, the less I believed them. It was interesting to catch a glimpse behind the silicon curtain, but there was a sense of awe here that jarred.”
Chris Bennion, The Times

“Any references to problems were quickly neutralised, with the forceful implication that solutions were always imminent. It was all a creepy exercise in corporate reassurance. I was constantly reminded of the smile on the face of Orwell’s Big Brother.”
Christopher Stevens, Daily Mail

“The messianic visions and insistence on staff endorsing the collective Facebook ethos have prompted some employees to liken it to a cult. None of them featured in this programme, though.”
Adam Sweeting, The i

“We cannot be living through a golden age of television while programmes such as Yorkshire Airport exist. It is so staggeringly unoriginal that even if it were a parody, you would accuse it of being hackneyed.”
Chris Bennion, The Times

The Day We Walked on the Moon, ITV

“The TV networks have been saturating us in Moon-shot memorabilia, but this ITV offering succeeded by doing the simple things well. Director John Moulson kept the action brisk, whisked along by 1960s pop songs. He tracked down interviewees who had something fresh to offer.”
Adam Sweeting, The i