“A fair and nuanced portrait of Goody and the machinery that surrounded her.” 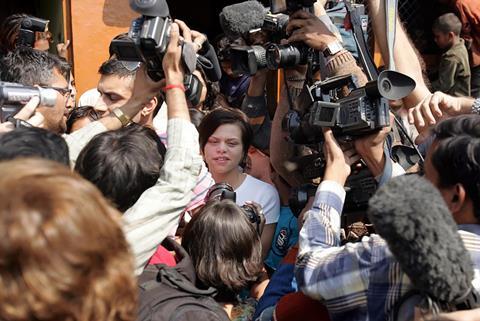 “The documentary deftly displayed and deconstructed the whys and wherefores of the media’s immediate collective instinct to savage the 20-year-old as thick, vulgar, fat, ugly and make her the poster girl for all of society’s then-current (mostly drunken) ills. It also slyly allowed some of the people involved enough rope to hang themselves. It was a fair and nuanced portrait of Goody and the machinery that surrounded her.”
Lucy Mangan, The Guardian

“Last night’s opener was not a wham-bam cuttings job. The tone was one of thoughtful, sober reflection, like someone looking back on a sordid night of excess. Jade is not just froth documentary about a shallow, chip-shop show. It is a cultural parable.”
Carol Midgely, The Times

“The assorted showbiz reporters, phone-hackers, paparazzi and agents came across as ghoulish stereotypes. The sight of self-congratulatory middle-aged men cackling about their exploitation of a naive young mother was nauseating. My eyebrows raised when I realised this was a three-part programme. This opening episode already felt stretched, padded out with too many talking heads and similar clips.”
Michael Hogan, The Telegraph

“It would be easy to look at Channel 4’s three-part documentary series about the late reality star Jade Goody and shrug dismissively. Easy but wrong, as this opening episode – both thoughtful and thought-provoking – repeatedly demonstrated.”
Sarah Hughes, The i

“This had many hallmarks of high-class BBC factual programming, crying out to be described with words such as ‘landmark’ and ‘milestone’. Sadly, the show took itself a tad too seriously. Droning narration hit us with so many facts that I felt like I was back at school.”
Michael Hogan, The Telegraph

“Sacred Wonders was a whistlestop tour of the globe’s most spiritual buildings, but it allotted enough time to each including the gobsmacking Shri Swaminarayan Mandir Hindu temple in Neasden, north London, which I’m ashamed to say I’ve never seen. It was a hypnotic hour.”
Carol Midgely, The Times

“For all the spectacular access and sense of, well, wonder, there was something very fragmentary about this Sue Perkins-narrated film, which chose to hop around the world offering glimpses of different beliefs rather than exploring deeper into why the various worshippers felt this way. Only once did a storyline truly get a chance to breathe – at the Shaolin temple in Dengfeng, China, where we followed a young monk as he prepared to be tested on 11 years of Kung Fu training and spiritual philosophy.”
Sarah Hughes, The i

“The show lost its way in the final 15 minutes, as we followed paramedics from the international humanitarian Red Crescent Movement on duty at the Wailing Wall. Suddenly, we seemed to be watching out-takes from the Jerusalem edition of Ambulance. Sacred Wonders works well when it’s slow and dreamy — not when it’s plain boring.”
Christopher Stevens, Daily Mail