“Began atrociously, got a bit worse, then suddenly became terrific and ended with me chomping for the second episode” 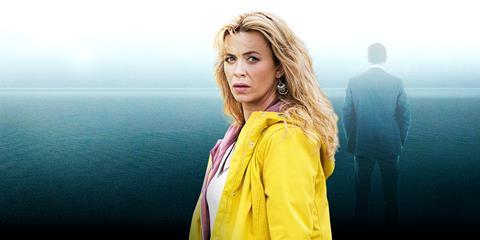 “Keeping Faith began atrociously, got a bit worse, then suddenly became terrific and ended with me chomping for the second episode.”
Carol Midgley, The Times

“I began to suspect that not even a really substandard BBC ensemble drama with soap reject actors would load on so much sugar-coated cliché in the first few minutes unless it was pulling a stunt. Delightfully, that was exactly what scriptwriter Matthew Hall seemed to have intended, a drama starting off cutesy but getting darker by the minute.”
Matt Baylis, Daily Express

“The show’s virtues are many. But what makes Keeping Faith quite so gripping is Eve Myles. What she brings can’t be learned: gloopy pools for eyes, a sexy gap-toothed smile and a strong sense that the role of Faith fits her like a glove, right down to the fact that all of Faith’s smart clothes are slightly too small for her.”
Jasper Rees, The Telegraph

“This is shaping up to be a satisfying domestic mystery. But it’s shallow and lazy to keep harping on about Faith’s weight problems, as if nothing could worry a woman more.”
Christopher Stevens, Daily Mail

“The dialogue is real, the premise intriguing, even if it is not super-original. It looks real and brilliant and Welsh.”
Sam Wollaston, The Guardian

“In Eat Well For Less? a family discovered that if they actually ate the food in their fridge — which they bought from the supermarket — rather than binning it and buying takeaways, they would save money. I don’t know what’s more alarming: that it needed Gregg Wallace and Chris Bavin to travel to Blackpool to point that out or that such blindingly obvious stuff makes primetime TV.”
Carol Midgley, The Times

“It all beggared belief, but presenters Gregg Wallace and Chris Bavin weren’t interested in asking too many questions. They just tried to trim the bills. That’s fine, because a small serving of Gregg goes a long way.”
Christopher Stevens, Daily Mail

“ITV’s current Police Tapes strand rarely makes for a boring instalment. It sometimes veers into sensationalism though, which can be distasteful when it concerns the brutal loss of lives and the life-long grief of loved ones. This programme was giving multiple murderer John Cooper a glamour he doesn’t merit.”
Matt Baylis, Daily Express

“Susanna Reid did the presenting, and leafed through documents as if somehow integral to the investigation. Detectives and forensic pathologists told their stories directly to camera, like public servants accounting for their actions.”
Jasper Rees, The Telegraph