Ladhood; How To Spend It Well At Christmas; Kill Your TV; His Dark Materials

“This is intelligent, incisive humour that makes acute observations then takes them to the next level.” 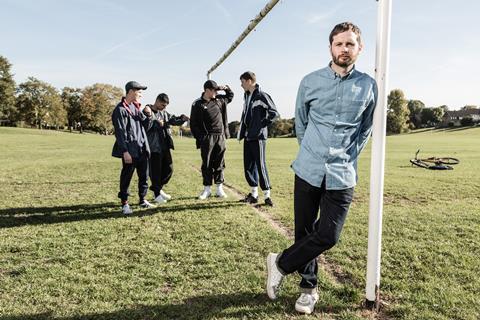 “It is very confident, and very good, and at 20 minutes or so an episode, never outstays its welcome. This is intelligent, incisive humour that makes acute observations then takes them to the next level.”
Rebecca Nicholson, The Guardian

“This was a proper art lecture and quite an education. Moir knows his stuff on this subject and only occasionally lapsed into daftness, which was slightly disappointing.”
Carol Midgely, The Times

How To Spend It Well At Christmas, ITV

“Phillip Schofield seemed determined to seek out the most egregious wastes of money, the most pitiful presents that anyone would dread finding under the tree on December 25 — then urged us to buy them. Every year this show adds to my conviction that, at its worst, Christmas can be a horrible waste of everyone’s hard-earned savings.”
Christopher Stevens, Daily Mail

“Last night’s episode was stronger [than episode two and three], thanks both to the presence of the bear and to the pacing. It also introduced lightness and comedy in the form of Lin-Manuel Miranda as Lee Scoresby.”
Anita Singh, The Telegraph

“If I had one criticism of the BBC’s excellent adaptation of His Dark Materials so far, it would be that the pace has been a little too stately. Happily, tonight’s half-way mark episode saw things move up a gear.”
Jeff Robson, The i

“The best scene last night was a furious Lorek Byrnison running berserk through a port village. Worse news for the humans was that many of them were being out-acted by a CGI polar bear.”
Carol Midgely, The Times