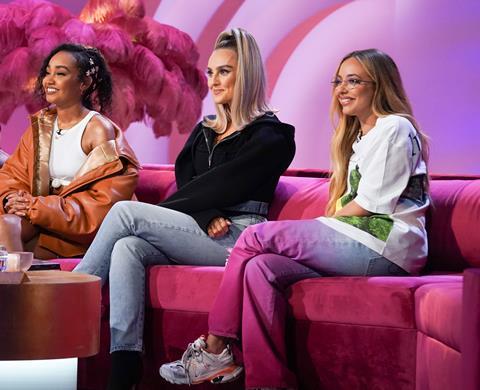 “This new series had its flaws but it felt buzzy and contemporary. A breath of fresh air in a moribund genre. Youngsters and Little Mix fans will likely love it. Everyone else will be made to feel terribly old.”
Michael Hogan, The Telegraph

“While this was a film full of dignified fury, its success could be measured by how much anger it induced in the viewer. I’ve seen few documentaries that have made me angrier.”
James Jackson, The Times

“It was a heavy-going 90 minutes, but throughout you could feel that the programme-makers (led by award-winning director Marcus Plowright) took very seriously their responsibilities to the victims and families. It was impossible to watch without feeling a cold fury.”
Anita Singh, The Telegraph

“It is to Marcus Plowright’s credit that his forensic documentary on the subject conveys not just the scale of the injustice but also the sheer human suffering. In Cold Blood was a difficult watch. But it was also a powerful act of bearing witness to lives ruined and futures stolen.”
Ed Power, The i

“This documentary does an appropriately unapologetic job of illuminating the racism underpinning the classical canon. Why aren’t these remarkable figures household names? There is an obvious answer to this question and sadly, it’s probably also the correct one. It’s an almost perfect example of self-perpetuating structural racism.”
Phil Harrison, The Guardian

“Can you think of three black classical composers? Or any? That’s an embarrassing fact that you probably never considered and one that instantly made Black Classical Music: The Forgotten History an overdue corrective, or at least the starting point for one. Yet even setting aside the sharp argument underlying the film, it worked very simply as 90 minutes of illuminating cultural history.”
James Jackson, The Times

“It’s like swapping a battered Mini Cooper for a Monster Truck kitted out with the world’s largest fluffy dice. Dennis Kelly’s Channel 4 Utopia was rickety in places. But it had a sloppy charm and a punk-rock soul. Amazon’s reboot is far too much of a juggernaut to skate by on the same outsider cool and its portrayal of a world in anarchy loses its way in the chaos. Bigger is not always better.”
Ed Power, The i

“Something of the genuine outsider weirdness that Kelly brought to Utopia has not quite made the transition. But some of the change-ups warp the plot in new and wonderful ways. As a box-set, it demands to be binged, but it’s not just a thrill ride.”
Chris Harvey, The Telegraph

“Channel 4’s series was a snarling outsider with nothing to lose. This version, with its thick budget and big American names helicoptered in to make ordinary scenes memorable, feels sanitised by comparison. Unlike the original, which made you feel as if a cold hand had grabbed your ankle and made you pratfall into a puddle of acid, this is devoid of menace – and wit.”
Jack Seale, The Guardian