“This series includes shots of breathtaking grandeur that cry out to be watched in high definition.” 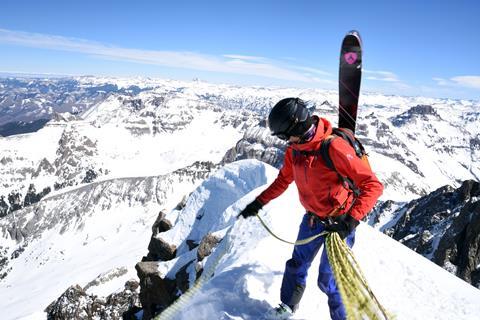 Mountain: Life at the Extreme, BBC2

“There was barely a boring second in this entire hour about the Rockies. If television’s purpose is to transport the viewer so that their mouth makes an O shape and they shout at random members of their family ‘Come and see this’, then this programme’s work is done.”
Carol Midgley, The Times

“This series includes shots of breathtaking grandeur that cry out to be watched in high definition. If you’ve got a new telly, Mountain is the perfect programme to record and play on repeat, just in case the neighbours drop round. It’s so gorgeous it hurts.”
Christopher Stevens, Daily Mail

“Voiced with the lilting Celtic tones of Douglas Henshall, Mountain: Life At The Extreme is one of those programmes you take in rather than watch. A series of views, a string of poetic description, a bit of soaring music, even the odd, quiet interview, it’s more nature film than natural history documentary.”
Matt Baylis, Daily Express

“The programme itself was something of an unusual beast, it felt like the love-child of Planet Earth and Ski Sunday. It mixed superb wildlife footage with the stories of people who live and play in the Rockies. It felt a little jarring to go from adrenalin sports to gazing at deer, but at least the wildlife was generally of the lively variety.”
Ceri Radford, The Telegraph

“The series is about homo sapiens, too, the people who live and play in mountains, and that makes it a bit different, and more interesting.”
Sam Wollaston, The Guardian

“The BBC sent Anita Rani, Ade Adepitan and Dan Snow to Hong Kong to tell us, rather shoutily, just how busy it is. I don’t know why it took three of them, but in fairness they did their jobs with great enthusiasm — at one point I feared they might run out of superlatives — and rescued the show from its underwhelming title.”
Carol Midgley, The Times

“Overall, this was a vivid glimpse of the opportunity and inequality that sit cheek-by-jowl in the seething crowds. Its one flaw was its frenetic pace, with the three presenters covering subjects that could each have easily commanded more time. A little like Hong Kong itself, it just tried to cram too much in.”
Ceri Radford, The Telegraph

Love Your Home And Garden, ITV

“For all its cheesy jokes and bizarre decor ideas, this is cosy, happy viewing. The family Alan chose to help, where two young girls were caring for their blind mum, really did deserve a bit of good fortune for a change. And the reaction to their new bedrooms from nine-year-old Leoni and sister Claudia, 12, was priceless. This is telly to restore your faith.”
Christopher Stevens, Daily Mail