Mrs Wilson; How to Spend it Well at Christmas; Egyptian Tomb Hunting 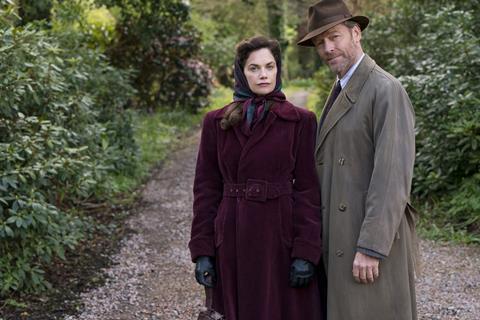 “Fiona Shaw and Keeley Hawes’ presence alone was enough to promise a first-rate mystery, but this complex blend of deception and romance proved to be even better than hoped. Cad or hero, it will be fascinating to discover which Alec was — and to see how long Alison can deceive herself and the world. I can’t wait for the next part.”
Christopher Stevens, Daily Mail

“Secrets, lies, spies, subterfuge, bigamy … Mrs Wilson is a cupboard of skeletons that instantly falls into the ‘stranger than fiction’ category, like Donald Trump’s presidency or Noel Edmonds. The psychology of duplicity is a murky theme, but the fact that I feel a burning wish to know more about Alec suggests how well this melancholic mystery is working.”
James Jackson, The Times

“Ruth Wilson’s bewitching performance draws you back to an era when women concealed passion and pain beneath a starched exterior. And Iain Glen feels authentically untrustworthy, if such a thing is possible. It’s an intriguing scenario, seemingly yanked from the script of a wildly implausible soap.”
Jasper Rees, The Telegraph

“It is a great story – we may know whodunnit but the how and the why tugs us onwards – but it is also a slow, melancholy meditation on how much and how little we can know about each other; about the traps that love and trust lay down for us and how much you can get away with if you simply decide that the normal rules shall not apply to you.”
Lucy Mangan, The Guardian

How to Spend it Well at Christmas, ITV

“It used to be the arrival of satsumas that told you Christmas really was imminent. Now it’s Phillip Schofield with his annual ITV gift guide How to Spend it Well at Christmas. Which, let’s face it, does not have the same magic, but the show can be quite fun thanks to Schofield’s healthy dose of scepticism towards the tat.”
James Jackson, The Times

“For history enthusiasts, Tony Robinson’s archaeology shows are always absorbing and entertaining, but this one was often jaw-dropping, too. The actor and Egyptology buff joined a dig with tomb hunters John Ward and Maria Nilsson at Gebel el-Silsila, the quarry where slaves hewed the stone 3,500 years ago for the temple at Luxor. This was such remarkable television that it was a pity to leave the site. Instead of visiting other digs and antiquities, however worthwhile, we could have spent the whole show in this one incredible location.”
Christopher Stevens, Daily Mail