Noughts + Crosses; War of the Worlds

“The premise wasn’t subtle, but it still punched you, repeatedly, with darkly familiar phrases and jarring visual shocks.” 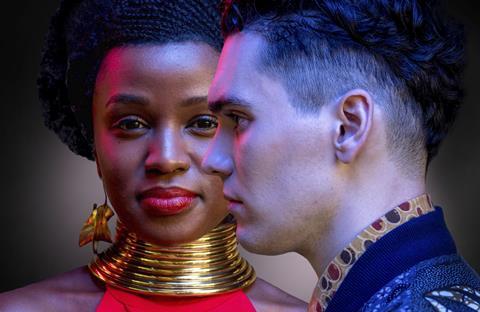 “For a series premiere with an exceptional book to live up to, this was a promising start. The show stands up well enough on its own and will likely inspire many to seek out Malorie Blackman’s source material. Its greatest strength, however, is its message of tolerance, and its recognition of white privilege. It’s a lesson many of us would do well to learn.”
Emily Baker, The i

“Dramas that make you think are rare. Noughts + Crosses asks questions of the audience by challenging our assumptions, and it can make for uneasy viewing. Visually, it is terrific. Who knows whether BBC viewers will flock to it in numbers, but for its ambition alone it deserves to be seen.”
Anita Singh, The Telegraph

“The premise wasn’t subtle, but it still punched you, repeatedly, with darkly familiar phrases and jarring visual shocks. As a TV experience it was all so richly imagined and jaw-dropping that the main story sometimes felt like a polite afterthought. I hope we are a long way from a propaganda-fuelled apartheid state with zero integration. However, seeing racist prejudice restated like this speaks in an alarmingly fresh way about its sheer ugliness.”
Ben Dowell, The Times

“The Africanised architecture (shot mostly in South Africa), the way black faces feature on all the advertising hoardings and news channels, but especially the way Afrocentric beauty standards are so pervasive that even white characters wear their hair in locs and braids – all this comes together to create an effect that is consistently jolting. This is vital viewing.”
Ellen E Jones, The Guardian

“The forbidden romance at the heart of the story is appealing. But there’s a deeply unpleasant undercurrent to Noughts + Crosses, an implication that the brutal racism of the drama somehow reflects real-world racism pervading Britain. If this is meant to be a parable with the colours reversed, then it is a dishonest one, and a hypocritical one too — running the risk of stirring up the very prejudices it pretends to condemn.”
Christopher Stevens, Daily Mail

War of the Worlds, Fox

“The first two episodes were more involving than anything the BBC’s recent (period) HG Wells adaptation had to offer. For the first hour all we had was the chilling doom-laden sound of alien arrival that was bizarrely akin to heavy breathing, before the still-unseen invaders wiped most of us out, not with Covid-19, but an electromagnetic impulse. Never has the apocalypse been so lethally quiet.”
Ben Dowell, The Times