“It was an educational but depressing hour” 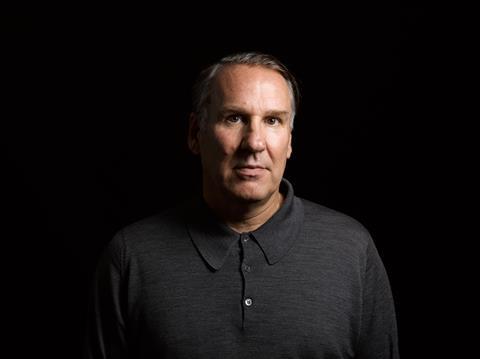 “It was an educational but depressing hour, learning of the people tragically lost to suicide by gambling (a minimum of one every working day) and the way gambling companies pursue the vulnerable. It elicits less sympathy than other addictions because to many it is unfathomable.”
Carol Midgley, The Times

“These types of documentaries always feel the need to add some science, but it felt like a side issue here. Instead of looking backwards, Merson needs to address the here and now. The moment that stuck out was his admission, late in the programme, that he feels bored by the “groundhog day” sameness of his life – taking the children to school, trips to the park. “That’s life,” his wife had told him. Viewers will feel as much sympathy for her after watching this documentary as they do for him.”
Anita Singh, The Telegraph

“This moving and engaging documentary laid bare the widespread misery caused by compulsive gambling. It was also a reminder that footballers are Britain’s new social conscience. From Ian Wright talking about domestic violence to Rio Ferdinand discussing grief, men who are useful at kicking a ball have become the mirrors in which the country sees reflections of itself.”
Ed Power, The i

“For all the horror stories Paul Merson told about his life in Football, Gambling And Me the addiction crisis in Britain is even worse than he described.”
Christopher Stevens, Daily Mail

Scenes from a Marriage, Sky Atlantic

“Is relentlessly intimate, focusing almost wholly on the one fracturing couple, with an all-killer, no-filler script that captures the impossibility of either saying or construing anything neutrally once the rot has set in. It is also set almost entirely in one house, which may be a dose of reality too far for some.”
Lucy Mangan, The Guardian

“Jessica Chastain and Oscar Isaac are superb, giving masterclass performances and delivering crackling, wounding dialogue faultlessly as the marriage starts to bleed out. If you like intense, claustrophobic drama, it’s here.”
Carol Midgley, The Times

“Some of the lines can be brutal, as when a desperate Jonathan insists they can fix things and Mira shoots back: “I’m not attracted to you any more. How do we fix that?” But mostly the pretentious details deaden everything. Mira’s new man is “CEO of an Israeli start-up”; the couple sit down with a PhD student studying “how evolving gender norms impact marriages”. I’m consciously uncoupling from this show after two episodes.”
Anita Singh, The Telegraph

”The sequence packed a punch and sounded a note of authenticity in a drama that had until then felt far too stagey to be believable.”
Ed Power, The i

“My suspicion is that the trainspotters the programme-makers might have been looking to target would have found this kind of magazine show-style a little light. It certainly felt thrown together, not lovingly crafted.”
Benji Wilson, The Telegraph

“Most of the key events of the late-1990s seem to merit barely a sentence.The death of Princess Diana was dismissed with a boast from Alastair Campbell about how he got the news via his pager in the small hours from an underling, who texted: ‘This is not a joke.’ At least Di got a look-in. British military action to oppose Serbian atrocities in Kosovo wasn’t mentioned. Nor was the sweeping reform of the House of Lords. Perhaps we should expect nothing else from a history of New Labour, but this series is largely spin and little substance.”