Who Do You Think You Are?; Guilt; Question Team; The Great British Bake Off 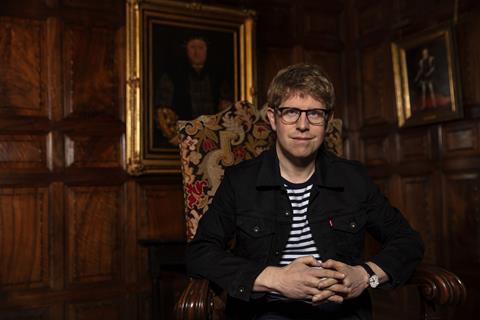 “These are petty objections set against the simple wonder of a likeable man being filmed reading a plaque in a church that proves Mary Boleyn (the other Boleyn girl) was his great, great etc grandmother. It was terrific stuff, only improvable upon if Ann Widdecombe had turned out to be Josh’s long lost cousin.”
Benji Wilson, The Telegraph

“Who Do You Think You Are always runs the risk of becoming a boring history lesson about people we’ve never heard of and don’t care about. And while it took almost 45 minutes for the royal connections to arrive, they were certainly worth the wait. Episodes like this prove genealogy – even someone else’s – is still fertile ground for TV.”
Emily Baker, The i

“You may not have had a clue who Widdicombe was, but it wouldn’t have mattered since you couldn’t help but share in his amused disbelief — his politeness a contrast to Danny Dyer’s cartoon cockney bluster when experiencing similar revelations (“You could ’ave a right rave in ’ere!”).”
James Jackson, The Times

“When the show hits a vein as rich as this, the Beeb ought to consider stretching the format to 90 minutes, or even a two-parter”
Christopher Stevens, Daily Mail

“The show’s heart lies not in who did what to whom and why, but in such musical montages, in its gloomy visual palette and verbal wit. Forsyth is doubtless saying something profound about how character is destiny and families are rubbish. I don’t really care about all that, but I love the incidentals, such as Yvonne delivering a tragicomic monologue at AA about how she became an alcoholic. Or when Erin examines Max’s new business card decorated with too many owls and can’t quite work out what line of business he’s in. “You’re a long way from Pilton,” she says deadpan, “and your, er, owl sanctuary.” Guilt is a guilty pleasure, and I won’t be missing a second of it.”
Stuart Jeffries, The Guardian

“The show looked like a certain winner until Richard’s round, where players had to guess the opening lines from novels: dull, uninspired and, after the preceding mayhem, very unfunny. But a whole series of comparing household objects could be a ratings smash — with Bob in charge.”
Christopher Stevens, Daily Mail

”Farewell Maggie, who departed The Great British Bake Off after a measly four weeks. I had harboured hopes that under her silver-tinged hair and look of National Trust jollity the chortling 70-year-old hid lethal baking skills and an even more lethal will to win. One that would eventually see her floor that beastly Paul Hollywood with a single crushing blow of her whisk. That time should have come when, after her sticky toffee pudding travesty, he overegged the sarcasm while explaining to her what flour is.”
James Jackson, The Times