“The pleasure of Guilt is its wicked humour, as bitter and moreish as dark chocolate” 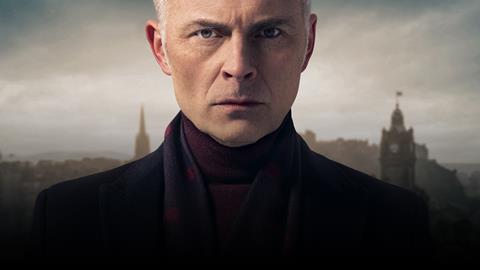 “Happily it was brimming with just as much dark, dry, dour, deprecating wit as last time, a tight, coiled spring of a drama in which barely a second is wasted. The opening scenes were a mini play in themselves.”
Carol Midgley, The Times

“The script is sharp. Bonnar’s performance as Max – amoral, cunning, cowardly, and yet we’re rooting for him – is still top-drawer.”
Anita Singh, The Telegraph

“The pleasure of Guilt is its wicked humour, as bitter and moreish as dark chocolate.”
Christopher Stevens, Daily Mail

“From the onset, season three of You does a solid, often darkly funny job at meshing the troubles of Joe and Love, new parents, with the troubles of Joe and Love, seasoned killers. Are they fighting because they’re sleep-deprived or because they each can’t resist slipping back into the old habits they had sworn to abandon? We know it’s the latter, but they badly want to believe it’s the former. Their denial drives the plot forward”
Clémence Michallon, The Independent

“But I found it hard to reconcile its satirical bite with its unsteady portrait of Joe as both villain and gorgeous, brooding, sympathetic lead. By turning its focus on parenthood, marriage and what it means to be “normal”, it finds a more confident groove. At its best, it reminded me of the old John Waters film Serial Mom, in which Kathleen Turner plays a housewife on the rampage against rudeness and indecency.”
Rebecca Nicholson. The Guardian

“I could have heard more from Roy Hackett, the civil rights activist who helped to spark the Bristol Bus Boycott, more about Liverpool’s links to slavery, and certainly more about Malcolm X’s visit to Smethwick (he was shot nine days later) rather than visits to robotics companies and a school. I understand why: he was looking to the future as well as at the past. But this needed several parts to do it justice.
Carol Midgley, The Times

“Considering there were eight additional writers listed on the credits and the presenting trio also contributed their own material, one wonders where all the proper gags had gone. If screen-grabbed tweets and audience members (step forward, genitalia expert Esther) are funnier than the professionals, you know the script’s not up to snuff. The testcard-style graphics and warehouse studio were generic and outdated. I could’ve also done without the try-hard laughter track and the laptops on the presenting team’s desks being colour-coded according to gender.”
Michael Hogan, The Telegraph