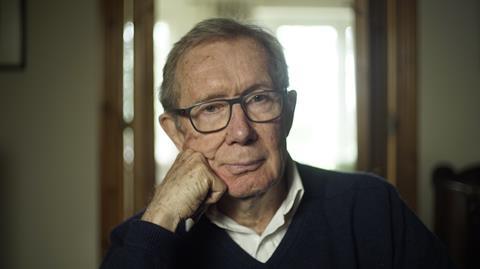 “Taylor’s film serves as a primer on Northern Ireland’s history since partition, although it omits some major incidents. Nevertheless, it packs in an impressive amount of historical analysis and interviews with central players, from politicians to priests and republican and loyalist gunmen from Taylor’s back catalogue.”
Stuart Jeffries, The Guardian

“Peter Taylor: Ireland After Partition worked by dint of its delightful, human simplicity. Presenting is in many ways a form of acting, the voice crucial, and Taylor’s blends authority and intimate engagement. In a programme where the imagery — all that grainy footage of moustaches and flares — felt horribly familiar, we were reminded afresh how stunning the Good Friday Agreement breakthrough was.”
Ben Dowell, The Times

“Peter Taylor’s film took a historical, chronological and fact-heavy route. Made up almost entirely of archive footage from the award-winning journalist’s reports from the past 50 years, interrupted only by a sit-down interview with the man himself, this was a frank, honest and knowledgeable guide. As ever, it was the human stories at the centre of the conflict that really drove home just how devastating it was.”
Emily Baker, The i

“The most touching segment came early on, as Taylor recalled making a film about Joe — an 11-year-old Catholic from Belfast, sent on a summer camp to Snowdonia. We weren’t told what became of Joe. Nor did we learn more about Tom and Doris, the Hull bus driver and his wife, brought to Belfast by the BBC in the early 1970s, who were aghast at what they saw. These human glimpses were buried in a morass of political complications. ‘Hell of a mess, innit?’ muttered Tom. Though he was commenting on the aftermath of a bombing, he might have been describing the programme.”
Christopher Stevens, Daily Mail

“Not before time, Channel 5 is beginning to behave like a grown-up. After an eternity of sullen, teenage strops, the station is finally starting to act its age — and take an interest in gardening. For most of its 24 years, C5 has cared about nothing but cheap reality TV and ‘gross-out’ shows about hoarders and debt collectors. But more civilised behaviour is emerging, with Great British Gardens With Carol Klein. Before long, we can look forward to shows like A Cup Of Tea And A Nice Scone At The Garden Centre Cafe, and the edgier Next Door’s Bloody Cat Has Dug Up My Petunias Again.”
Christopher Stevens, Daily Mail