‘The programme was a rather fitting tribute’ 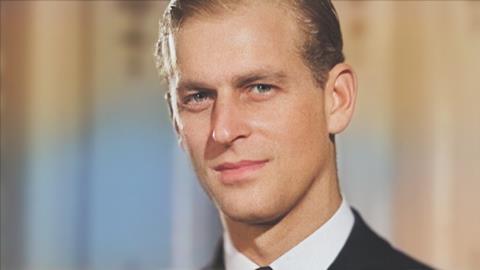 “In television terms, Prince Philip is fast becoming the new Princess Diana. Like her, he is box office and there are clear and present signs of a full outbreak of documentaries that repeat the same royal ground over and over again (how he was Her Majesty’s “rock”; how he was such a committed patron of charitable causes; how he mixed his own bloody G&Ts, thank you very much)… As for what Philip’s take would be on this doc, the contributors agreed he’d think it “another stupid programme!” It was a little bit more than that.”
James Jackson, The Times

“I could have done without royal commentators trying to psychoanalyse the relationship between the Duke and the Prince of Wales, and I’m not quite sure what Joanna Lumley was doing here other than to sprinkle superlatives in that lovely, Lumley way (“gorgeous… ravishing… utterly charming”). But overall the programme was a rather fitting tribute.”
Anita Singh, Telegraph

“One problem with Christmas specials of shows such as Bake Off and MasterChef is that, usually filmed when the leaves are green and contestants sport healthy, outdoor tans, they overcompensate with the Christmassy stuff. It’s all comedy jumpers, novelty bow ties, fake snow (an indoor CGI flurry in the case of Celebrity MasterChef Christmas Cook-Off) and the C-word being uttered every second breath. Su Pollard even came dressed as something you might put on top of a Christmas tree. Pollard joined fellow former Celebrity MasterChef contestants Joey Essex, Neil Ruddock, Judi Love and Oti Mabuse – each presumably chosen because they are big characters. It often felt less like a cookery contest and more like a competition to see who could be the most volubly extrovert.”
Gerard Gilbert, The i

“It was all so exaggerated that, when winner Judi was presented with her Golden Whisk trophy (not a real whisk and definitely not real gold), there was fake snow falling. The whole thing felt like being pelted into submission with a surfeit of mince pies. Which is just how Christmas is meant to feel.”
Christopher Stevens, Daily Mail

The Great British Truck Up, Channel 4

“There’s a reason why Jeremy Clarkson is paid millions, and that is because he can bring this sort of stuff to life: the human-interest stories were on the sketchy side, while the driving action was just dull. But I suppose boredom was preferable to the alternative of jack-knifing across the highway and crushing cyclists, and we were informed that lorries are seven times more likely to be involved in fatal accidents than cars.”
Gerard Gilbert, The i

“This one-off documentary followed a group of trainee truckers through a week’s course in handling a heavy goods vehicle, before a demanding test in which the smallest mistake could mean failure. The problem with learner driver docs, as similar shows have discovered, is that footage of motorists staying in their lanes is rather dull.”
Christopher Stevens, Daily Mail