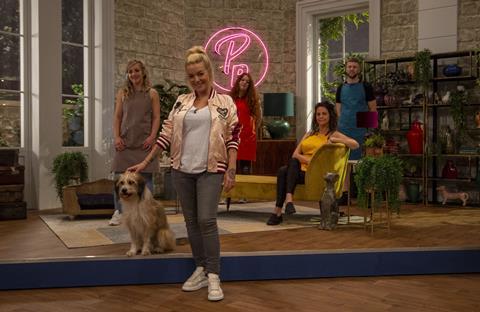 “If you enjoy being addressed as if you are a reception class infant with your mittens on a string then Pooch Perfect is the show for you. Why anyone thought it was necessary to adopt this tone for a programme about dog grooming going out at 8pm I can’t imagine. To say I like dogs is an understatement and I should be a viewer shoo-in for this, yet I only felt irritation. Even the sweet dogs looked bored as they were shampooed and coiffured amid the most patronising use of jollification music I’ve yet heard.”
Carol Midgley, The Times

“The presence of the immensely likeable Sheridan Smith saves it from total disaster. She hosts the show with a dog called Stanley. Together they’re quite good at comedy skits. If you’re a dog person then I guess this might be your idea of heaven. But the end result of the makeovers was boring – the dogs looked washed and brushed and their coats were shorter, but isn’t that what all dogs look like when they come back from the groomer?”
Anita Singh, The Telegraph

“Pooch Perfect crammed in so much sweetness that it ended up being a little bit sick-making. It’s a niche concept for a show, the sort of thing you might find on an obscure U.S. cable channel but hardly enough for prime-time BBC1. The producers clearly agreed, because they tried every trick to make it more exciting — until the format sagged under its own weight. The whole hour was speed-edited like a 1980s music video, with many shots lasting no longer than a second or two.”
Christopher Stevens, Daily Mail

”There’s no getting round it, it’s been A Week, but BBC1 had the perfect antidote on Thursday night, with the launch of Pooch Perfect. The new dog grooming competition proved to be soothing viewing for many, helping people to take their minds off lockdown and the distressing events in the news. Essentially, it is The Great British Bake Off for dogs, and it proved to have the perfect ingredients for those watching.”

“From political corruption to sexual harassment, this opening episode packs it all in, then throws in a missing cat storyline and treats it with equal gravity, just because it can. Right now, considering everything, Death in Paradise is just about the level of thriller I can handle. It is a steady hand, sometimes silly, vaguely taxing and utterly dependable. It is a crime show wrapped up in a dad joke, with lovely scenery, and it offers up all the satisfaction of finishing a crossword.”
Rebecca Nicholson, The Guardian

“Never have I been so glad to see it back, celebrating its tenth anniversary. It’s a fruity cocktail of all the things we’re missing: sun, sea, sand and frivolity. The plot had more holes in it than Stan Ogden’s string vest (one for the older readers there). However, it never once mentioned Covid and thank God for that because here is an alternate universe where we can briefly forget about pandemics and ventilators.”
Carol Midgley, The Times

“In normal times, Death in Paradise isn’t exactly gritty realism. But almost a year into a pandemic and during a grim January lockdown, it’s an exquisite fantasy. It’s still an easy watch and the returning characters feel like old friends, from Don Warrington as the Commissioner to Tobi Bakare as the enthusiastic JP.”
Anita Singh, The Telegraph