“A most unremarkable format: ugly duckling property endures tortured adolescence before blossoming in to modernised swan” 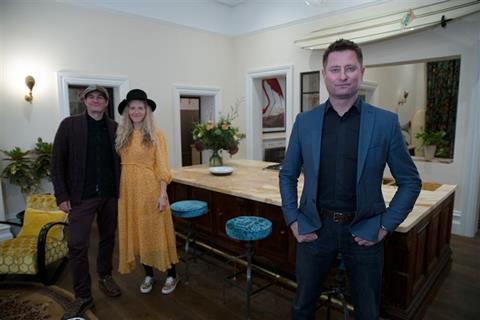 “This conversion, documented across three years, was ambitious. The couple, with Rachel very much in charge, were personable and, at the end of the hour, you would surely wish them happiness. But I can’t share George’s enthusiasm for turning anything with four walls into living accommodation. People like him are gradually making the country into a gigantic dormitory.”
Christopher Stevens, Daily Mail

“Remarkable Renovations scriptwriters to go berserk with police-y puns: the brand spanking new bathroom was “the perfect place to come clean”, a bodged plastering job was “a crime scene”; and by the close our friendly pair Rachel and Mike were deemed to have done the building… (ba-dum, tish) “justice”. No pun was left unturned, perhaps because there was a whole hour to fill of what is by now a most unremarkable format: ugly duckling property endures tortured adolescence before blossoming in to modernised swan as featured in the pages of Living Etc.”
Benji Wilson, The Telegraph

“Despite the flimsiness and the silliness – or maybe because of it – there is something cheering about spending almost three hours in the kitchen with Paris. She seems at home in herself, despite the costumes and the professional company decorating her dining area for each meal.”
Barbara Speed, The i

“It all gets odder as it goes on. It’s not (just) that Hilton has only four phrases at her disposal (“So good”, “So bomb”, “Insane”, “So cute”), but that she is such a deadening presence. The monotonous voice, the unmoving face, the careful movements developed over a lifetime of not wanting to disturb hair or outfit – it leaches vitality from the entire show.”
Lucy Mangan, The Guardian

“Fake or Fortune? risks bathos in every episode because the work of art it has just spent an hour obsessing over could be phoney. So it could have been a lot of primetime sound and fury signifying nothing. But that’s not true really because, as the saying goes, it’s not the destination but the journey.”
Carol Midgley, The Times

“Once again, this erudite show managed to achieve a seesaw balance that left us gripped and guessing to the end. It makes detectives of us all.”
Christopher Stevens, Daily Mail